Shah Rukh Khan was one of the most consistent actors of Bollywood till 2010. While he was the undisputed king in the last decade, things started to change this decade with Salman Khan and Aamir Khan taking the charge and leaving SRK far behind.

While Aamir Khan delivered three all time grossers in the form of Dhoom 3, PK and Dangal, Salman Khan, on the other hand, delivered eight blockbusters in the form of Dabangg, Ready, Bodyguard, Ek Tha Tiger, Dabangg 2, Kick, Bajrangi Bhaijaan, and Sultan. On the flip side, Shah Rukh Khan had merely one blockbuster this decade which was his 2013 Eid release, Chennai Express.

Post Chennai Express, Shah Rukh Khan has acted in six films namely Happy New Year, Dilwale, Fan, Dear Zindagi, Raees and Jab Harry Met Sejal, however, apart from Happy New Year, all the films failed to emerge as a hit at the Box Office. The below average performance of his previous few films makes Aanand L Rai’s yet-untitled film one of the most important films for the superstar.

Also read: Box Office analysis: Why Salman Khan is the biggest superstar of this decade so far, followed by Aamir Khan and SRK 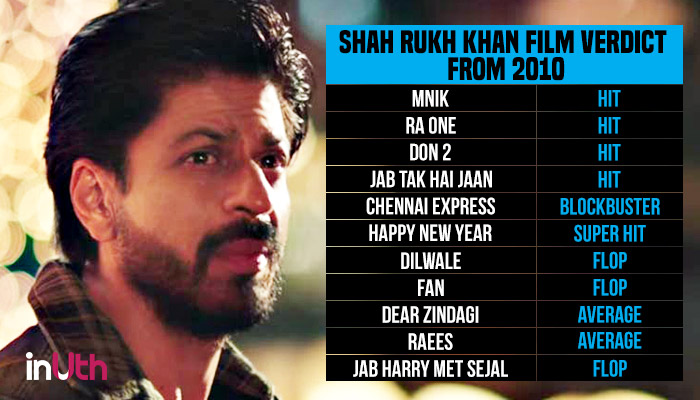 Shah Rukh Khan’s last hit, Happy New Year, released on Diwali 2014, and by the time Aanand L Rai’s film releases on Christmas 2018, it would be four long years for the actor since he delivered a hit, which would probably be the longest time taken by Shah Rukh Khan to deliver a hit film. After the failure of Jab Harry Met Sejal, the trade pundits have started to doubt the stardom of the superstar, because of which it becomes all the more important for SRK to win the trust of exhibitors and distributors all over again.

Given Aanand L Rai’s credibility as a director, it is expected that the film would strike a chord with the audience in India and prove to be a much-needed blockbuster for Shah Rukh Khan. 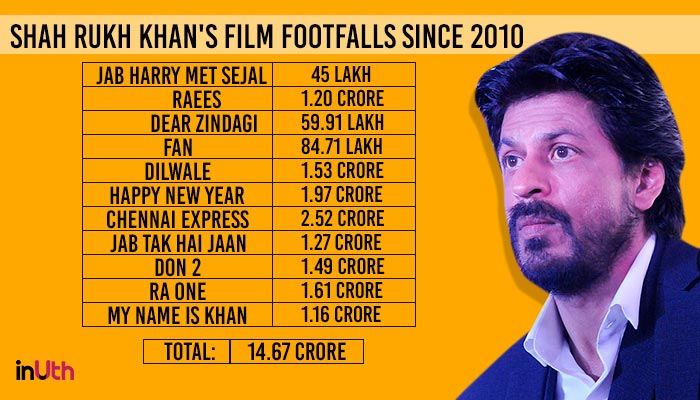 In the untitled film, Shah Rukh Khan will essay the character of a dwarf from Meerut. The film will have a high VFX budget as the main challenge is to make SRK look like a dwarf. The yet untitled film also stars Katrina Kaif and Anushka Sharma in leads.