After surprising the audience with his role in Sarbjit, Randeep Hooda is now all set for his upcoming film Battle of Saragarhi. Like his previous role, this time also Randeep is trying hard to fit in the role of Havildar Ishar Singh — the man who led the Battle of Saragarhi in 1897. For the role, he underwent drastic transformation and needless to say he looked totally different in his new look. We all know that no one can beat Randeep when it comes to playing a real-life character on-screen.

Randeep took to his twitter and shared a photograph of himself, standing next to the portrait of the soldier. He wrote: Feels surreal to stand next to #HavildarlsharSingh, be him, & hold him on the cover of @capt_amarinder’s book #BattleOfSaragahi #Sikh #Epic

In the picture, the actor is seen as Havildar Singh and we must say with his this look he is surely going to leave his fans surprised. Check out the picture here to believe.

Also Read: Randeep Hooda’s look from Battle of Saragarhi will leave you impressed 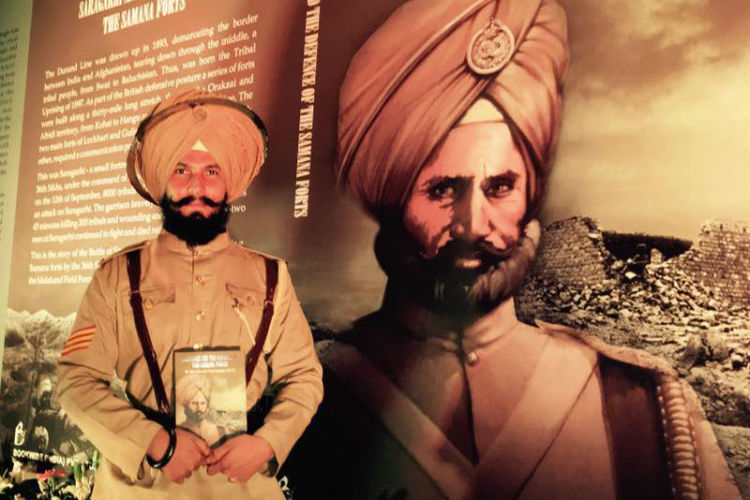 Feels surreal to stand next to #HavildarlsharSingh, be him, & hold him on the cover of @capt_amarinder‘s book #BattleOfSaragahi #Sikh #Epic pic.twitter.com/EwsIz2ZAdt

Randeep was last seen in Salman Khan and Anushka Sharma-starrer Sultan. In the film, he essayed the role of Salman’s couch. The film was directed by Ali Abbas Zafar.

Apart from this, Randeep recently made his small screen debut as a host with MTV Big F Season 2. The show revolves around the psyche of Indian women to explore their hidden desires. This season of the show is getting a great response from everyone.