Randeep Hooda is playing an important role in upcoming movie Battle of Saragarhi and his first look from it just got revealed. The actor can be seen donning a Khaki uniform and a huge turban and looked mighty impressive. The movie is inspired by real-life incidents in which Havildar Ishar Singh, led 21 Sikhs in a battle against 10,000 Afghans tribesman in 1897. His tale of valour and strength is one that probably everything should know about.

Through his courage, Havildar Singh took it upon himself to put up a good fight against the enemies. The team that Havildar led is now called the 4th Battalion of the Sikh Regiment. 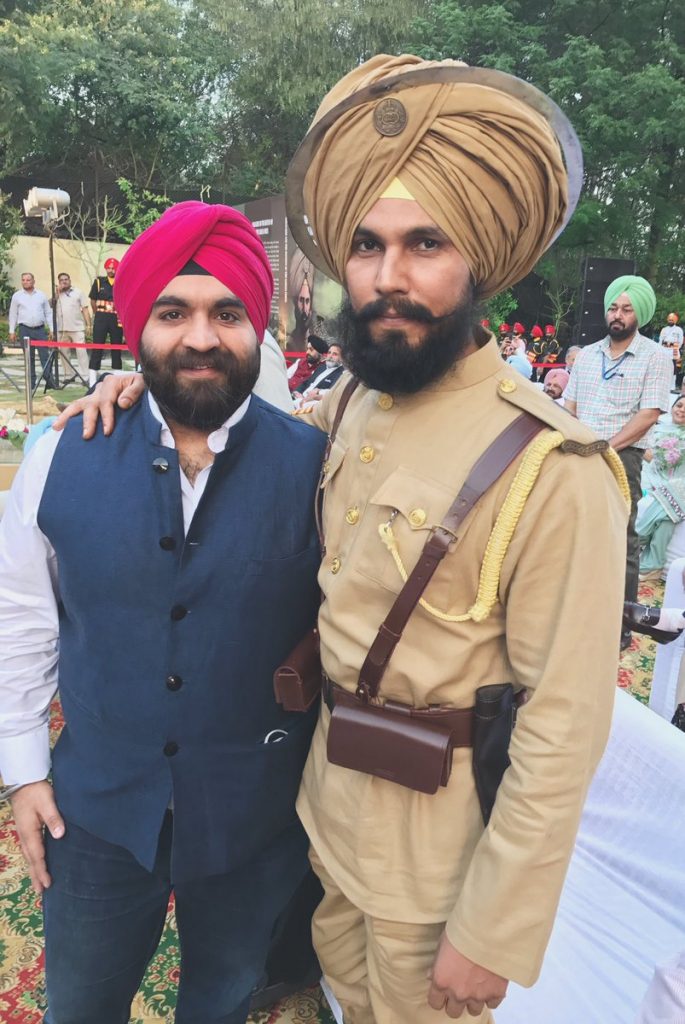 Randeep Hooda’s look from the movie confirms the fact that he would go to great lengths just to get into the skin of the character. We have still not forgotten how he lost a lot of weight to ace the role of Sarabjit Singh in his biopic. Randeep followed a strict diet to lose all the weight and ended up looking unrecognisable.

The actor’s dedication towards the craft was evident from his films like Sarbjit and Do Lafzo Ki Kahani. Now, his look from the upcoming film reaffirms that this will add another feather to Randeep’s hat.

Reports have it that in Battle of Saragarhi, Akshay Kumar will be playing the lead role. This is said to be the same movie for which Salman Khan, Karan Johar and Akshay have teamed up. However, there were rumours that Salman Khan opted out of the project since his close friend Ajay Devgn would be making a movie on the same subject. Later, Salman put an end to rumours by tweeting, “Don’t follow rumors . follow me . ek baar jo maine commitment kar di toh phir…… vry much doing film with @akshaykumar”

After Randeep’s look, we are sure fans can’t wait to see more from the movie.

BREAKING: First Look of @RandeepHooda from the movie on the epic Battle of Saragarhi revealed at @capt_amarinder‘s book launch! pic.twitter.com/7vzNVo9l3G