The recently held Big Zee Entertainment Awards night turned out to be star-studded with the many Bollywood celebrities coming together at a single place. But the one who stole the limelight at the gala event was none other than Salman Khan, whose awkward hug with Sana Khan became the talk of the town. The Wajah Tum Ho actress has finally broken her silence on the subject. Reacting on the same, she said that Salman Khan had been in the industry for over 25 years, so she didn’t think her backless dress would even matter to him.

Talking to a leading daily, when asked if she had realized that Salman had been uncomfortable, she replied: “Who the hell am I to make him feel uncomfortable? It’s stupid to put somebody down by saying such a nasty thing and showing me in a wrong light. It’s not [as if] I went to hug him and he didn’t recognise me.”

In the now infamous picture, Salman was spotted hugging Sana with closed fists. When asked about the reason behind it, Sana replied: “Couldn’t it be somebody’s style? Maybe he hugs like that. I don’t know. I think the best person [whom] to ask this would be Salman. [Also] He has been in the [film] industry for over 25 years, so don’t think backless even matters to him… he has seen more than that (laughs). Let’s not talk like a five-year-old and make all this sound so big.”

Also Read: Salman Khan met Sana Khan at an award function but seemed too shy to even hug her properly — See Photos 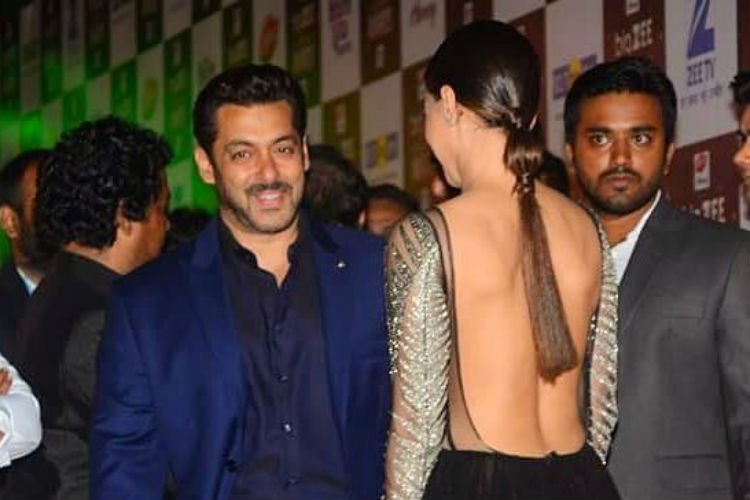 Further probed on whether it was because she donned a backless dress that made the hug look awkward, Sana explained: “Well, could be. Maybe he didn’t want my back bronzer to fall on his clothes. He has worked with all sexy and good-looking actresses, who would use bronzer from head to toe, so he knows that. And it’s not that he wants to feel me up or I want to feel him up. I am sorry, we have all grown up from that zone. We need to respect each other’s space and gestures.”

Sana shares a very good rapport with the Dabangg Khan and lashed out at all those who felt the hug was a forced: “I’m not a psychopath to hug somebody if the person doesn’t want to talk to me. I’m not someone who makes people stand and keep talking and falling on their lap. I am on good terms with Salman; we share a rapport, I talk to him on and off, we’ve met so many times, I’ve been to his house, and we have worked together on the sets also. So there’s nothing to feel awkward [about].” 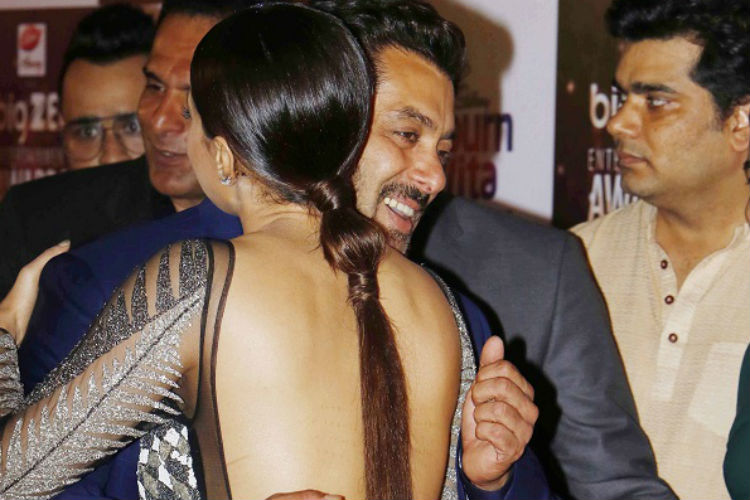 Sana, who made her Bollywood debut with Salman Khan in Jai Ho, also described how the Sultan star complimented her at the awards night.

“For a moment, Salman didn’t recognise me — he literally told me that. [Then] he complimented me that I look very nice. And I said, ‘Yes, I’ve dropped 7kg’, and he is like, ‘It’s showing.'”

On the work front, Sana was last seen in Wajah Tum Ho which was directed by Vishal Pandya.