Actress Raveena Tandon is gearing up for the release of Maatr, a film directed by Ashtar Sayed. The film which is about a mother’s struggle for justice is stuck with Censor Board for long. Maatr deals with the issue of rape and as per CBFC, it comprises many inappropriately brutal scenes. Raveena, who is coming on screen after  Anurag Kashyap’s Bombay Velvet, is playing a mother of a teenage girl in the film. The actress has constantly been talking against the censor board’s decision of having cuts in Maatr. She maintains that if the scenes that the board is demanding to be cut are done away with in the film, then the audience will be never be able to conceive the brutality of rape and the crime will always remain a taboo in our society.

To elaborate on the same, Raveena has now written an open letter to all. In the letter, she has appealed to all young men, women and the parents to forget everything ad speak up about rape and other crimes against women. Read her open letter here:

“Crimes in India have been on a constant rise of late. As a mother, this really scares me. Sometimes, we read about horrifying incidents in the newspapers or watch these gruesome acts being discussed on television; during such times, my worst fears begin to haunt me. As a mother, a person’s thoughts are a lot different than how they would have been otherwise.

As of today, more than 34,000 rape cases are lodged every year, which is just a minuscule fraction of incidents that have actually occurred. Because of this, I am always on my guard. My blood boils when I read about people being harmed, about young boys and girls and their helpless parents. 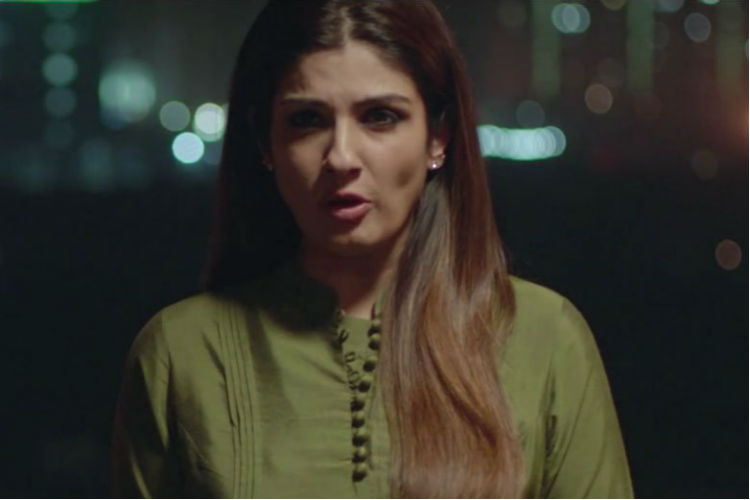 Dear young boys, all I can tell you is STOP. Stop objectifying women. Stop looking at them like they are some kind of commodity. Stop thinking that you’re automatically entitled to the women you see around you.

Dear young girls, my heart goes out to you. When the society fails to protect you, it is important for you to understand that it’s all in your hands now. It is time to learn to voice your grievances and fight back against the men who ogle at you, pass lewd comments, and even dare to touch you inappropriately.

And lastly, I want to address the parents. It is undoubtedly crucial to teach your daughters how to defend themselves, but it is imperative that you teach your sons not to attack in the first place. The day this happens will be the day our country is truly safe for women.

India can be a haven for women only if everyone works together towards the cause. Having said this, I urge everyone – men, women and others alike – to raise their voices against such atrocities, and work towards a safer tomorrow. You wouldn’t want a nasty incident to happen to someone close to you, right? So, act today!”

Also read: Here’s what Raveena Tandon has to say about her equation with ex-Akshay Kumar’s wife Twinkle Khanna