We all know that Ranveer Singh and Arjun Kapoor share a good bond with each other. Be it their on-screen chemistry or their off-screen friendship, the duo loves to support each other. Ranveer, who is known for promoting friend’s film this time chose to promote Arjun’s Half Girlfriend. The much-awaited trailer of the film released yesterday in the presence of the entire team members in Mumbai. Soon after the trailer release of the film, both Arjun and Ranveer exchanged a sweet twitter chat.

In the film, Arjun is seen essaying the character of a Bihari boy Madhav Jha who wants to be with Riya Somani essayed by Shraddha Kapoor. In the entire trailer, Arjun’s character can be seen persuading Shraddha’s character to stay in his life. Well, this is the reason Ranveer decided to be Arjun Kapoor’s better half, as he can’t see him crying and begging.

Teasing Arjun, Ranveer took to his twitter handle and posted a sweet message for him, he wrote: तुझे रोता हुआ देख कर मुझे भी रोना आता है बाबा! She only wants to be ‘half’?! FINE! I will be the other half..the better half! तू बस रोना मत!

Well, this is really a sweet gesture by a close friend. Isn’t it?

Also Read: Arjun Kapoor’s Bihari accent in Chetan Bhagat’s Half Girlfriend is both flawed and demeaning

Ranveer and Arjun worked together in Ali Abbas Zafar’s directorial Gunday that also starred Priyanka Chopra in the lead role. Half Girlfriend is slated to release on May 19. Directed by Mohit Suri, the film is an adaptation of Chetan Bhagat’s novel of the same name. This is the second time Arjun is working on a film based on Chetan’s novel. Earlier, he has worked in Abhishek Verman’s 2 States. 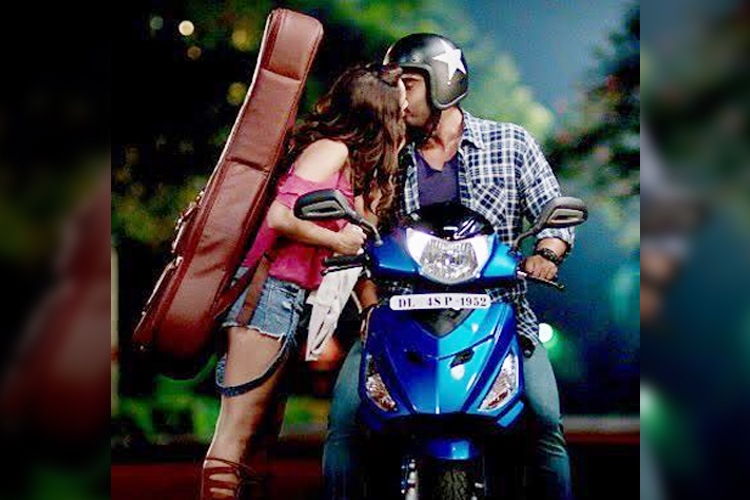 Arjun Kapoor and Shraddha Kapoor in a still from Half Girlfriend. (Courtesy: Twitter/Mohit Suri)