The teaser to the cinematic adaptation of Chetan Bhagat’s bestselling novel Half Girlfriend is out. Arjun Kapoor essays the role of a Bihari boy, Madhav Jha who falls in love with a Delhi girl, Riya Somani (Shraddha Kapoor). In the 42-second teaser, you hear Madhav narrate his feelings for his half-girlfriend in a ‘typical Bihari’ accent. “Ee Haph Girlphriend Hota Kya Hai?” Slow claps to Arjun, director Mohit Suri and of course Chetan Bhagat for glamorising stereotypes against people from Bihar.

We raise a lot of hue and cry about our fellow countrymen being subjected to racist attacks abroad. Candlelight vigils, street protests with banners reading in bold and capital “Down to racism” and blah blah dominate screens on television. After the entire outrage is over, we label our own countrymen as chinkis, bhaiyas, mallus and what not. Coming back to the point, those of you who are upset with Arjun’s fake Bihari accent, hold your breath. The Mohit Suri directorial is a CINEMATIC adaptation of Chetan Bhagat’s book whose protagonist is Madhav Jha. As per the bestseller, Madhav gets into the prestigious St Stephen’s College on the basis of his exploits as a state-level basketball player. During admission counseling, he confesses of not being able to speak a single sentence in English. He falls in love with a rich Delhi girl Riya Somani and the story unfolds later. 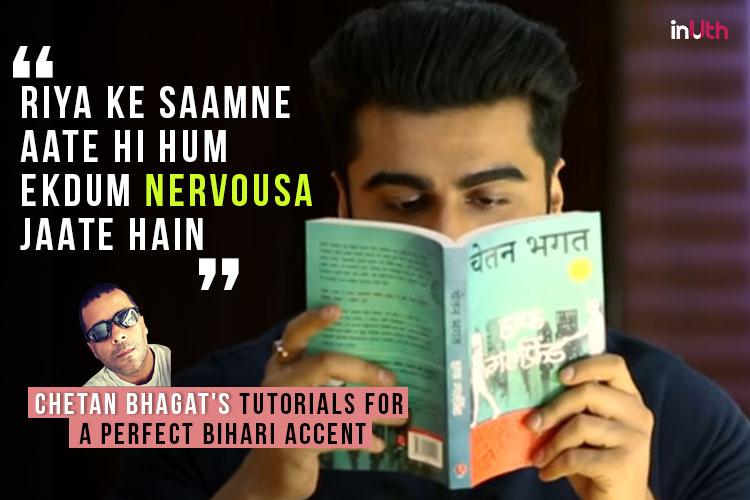 Arjun’s accent is not only fake, but also an indicator of the stereotypes nurtured since a long time. The same narrow-mindedness which forces people to pre-assume that youth from the 8-crore population strong Hindi-speaking state can only be gun-toting criminals or daily wage labourers toiling hard for a meagre wage. I was born and brought up in Dhanbad, a small town in Jharkhand which was earlier a part of undivided Bihar. I studied in a convent institution (FYI, there are good English medium schools in Bihar and Jharkhand) and later in renowned colleges in Delhi/NCR region. During my stay in the national capital since a decade, I am no stranger to weird comments.

Are you really from Bihar? I am just curious, but how come you speak perfect Hindi? You are lying, but you say train aati hai and not aata hai. Ek baar tumhari bhasha me baat karke dikhao. Bihar me kitne log English bolte honge?

So you morons, switch on the bulbs in your heads. Not all Biharis pronounce personal pronouns in Hindi like yeh as ee, and misspell interrogative pronouns kya as kaa. Not everyone says zindagi as jindagi. Just because some politicians from our state speak like this, isn’t it unfair to put an opaque glass and brandish an entire community with the crudest word in your vocabulary? If a grueling hard work for the film yields such a result, then we don’t have anything to say. 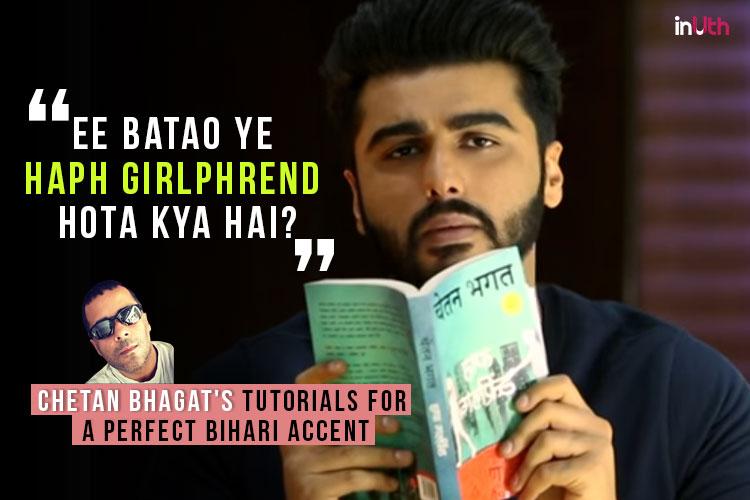 Arjun Kapoor in a still from Half Girlfriend’s teaser.

In 2 States, Bhagat narrated the story behind his marriage to Anusha, a Tamil Brahmin. Hailing from a Punjabi family, Bhagat claims how he married his wife despite early opposition by his own family. The opposition was borne out of the prejudices against South Indians. So, why did he pen such a book which has a regressive portrayal from the community along the banks of Ganga and Kosi?

Also, Mohit Suri has been a part of various film production which would surely have staffers from my native state. Are they only labourers and not suave executives who also toil day and night to make your film a successful venture?

If you are going to watch this regressive love story in the theatres on May 19, please look around your neighbourhood and then form an opinion about anybody.