Actor Ranveer Singh says that his upcoming film — Befikre is quite ‘Indian at heart.’ At the music launch of the film, the last evening in Mumbai, Ranveer talked about a lot of things. From revealing why Befikre is different to how does it feel to work with a visionary like Aditya Chopra, the actor made sure to give a clear answer on everything asked by the media.

He also mentioned that the YRF entertainer has been passed by the Censor Board with no cuts. Ranveer said that the kisses in the film do not overpower the essence of Befikre. The actor expressed that the film, which also features Vaani Kapoor in the lead shows romance in a quite innocent way. The way which has not been yet explored by Hindi cinema yet. When asked about the CBFC’s response on the film, a proud Ranveer revealed that Befikre has received an U/A certificate from the board. He said:

They (CBFC) have seen the movie, and we also got a U/A certificate. We have got the certificate in our hands. We are very happy. Iss film ka jo dil hai woh desi hai. (The heart of the film is quite Indian) And if you go to see the vision of filmmaker Aditya Chopra itself, in his very first song that he released Labon ka Karobaar, it’s an attempt to show a kiss in a very different way.

He went to add that Befikre is a ‘family film’ and said:

I think the censor has also aligned to the fact that in our film a kiss is shown with a same kind of warmth as a hug. We are happy that we got this certificate and it is a family film. And I would just say that everyone should go and watch this happy film. 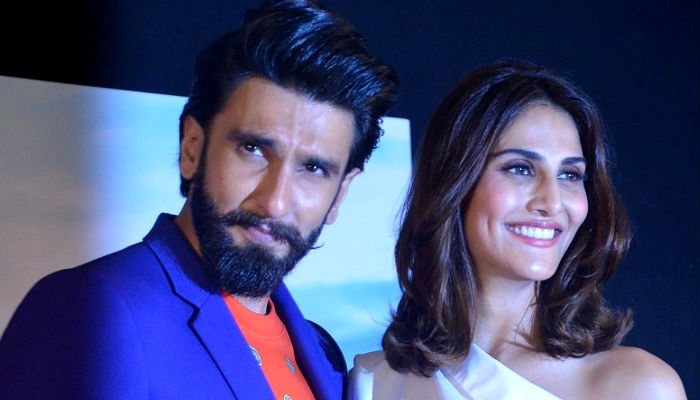 Also read: Behind the scene: There is more to ‘Befikre’ title track than Ranveer Singh and Vaani Kapoor’s kisses!

Befikre is hitting the screens on December 9.