Befikre marks the come back of Aditya Chopra who had taken a seven year long break from directing. As this is a come back for him, he has made sure that his film be the only thing that people talk about. The film was announced by Adi (Aditya) on Late Yash Chopra’s 83rd birth anniversary making it more special. The film features Ranveer Singh and Vaani Kapoor.

From the first poster of Befikre to the songs, it has just turned the oomph factor. The sizzling chemistry between both the actors is just getting too hot to handle.

The makers just released the behind the scenes video of recently released song Ude Dil Befikre. The tittle song has this romantic energy vibe and is going to soon be a rage among the youth. The song talks about expressing love in the most wired way possible. Befikre itself talks about dare to love and it has everything from kisses to making out anywhere without any fear. We would even see Vanni kissing a girl in the making. Hmm that’s an interesting scene. It;s all about challenges for these two characters in the film and that’s what they are trying to show through this song. 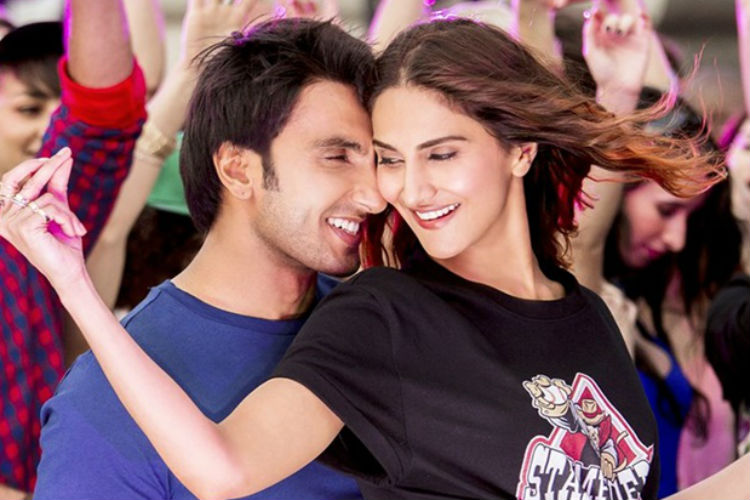 The song has been choreographed by Vaibhavi Merchant and music is by Vishal and Shekar and sung by Benny Dayal. The duo composed this song while sitting on the stairs.The song has the upbeat music to it, with a little bit of Arabic tune which makes it a proper fast dance number.

The sequence arrives when both Dharam (Ranveer) and Shyara (Vaani) are expressing their love through sensual chemistry. Through this behind the scenes video both of them share their experience shooting this song. When only the songs and pictures have raised the temperature so high, we wonder what the film will do to us.

Befikre is set to release on December 9.