After releasing two back to back songs from Ranbir Kapoor and Katrina Kaif starrer Jagga Jasoos, the makers have now released the third song from the upcoming film. Titled Jhumri Talaiyya, like the name suggests is a fun song featuring the lead stars in their never seen before avatar. In the song, both Jagga (Rabir Kapoor) and Shruti (Katrina Kaif) can be seen exploring yet another adventure. Visually, Jhumri Talaiyya is really impressive and it will also give the audience a chance to catch them in their innocent best.

In the song, one can see Ranbir and Katrina wearing nothing else but a basket around them. Composed by Pritam, the song has been sung by Arijit Singh and Neeti Mohan. From Ranbir Kapoor’s cycle ride to Katria Kaif’s quirky look, Jhumri Talaiyya highlights the cute chemistry of the duo. In one of the scenes, Katrina and Ranbir can be seen stammering which reminds us of their 2009 released Ajab Prem Ki Ghazab Kahani. In this Rajkumar Santoshi directorial, they both share the trait of stammering when they get emotional. 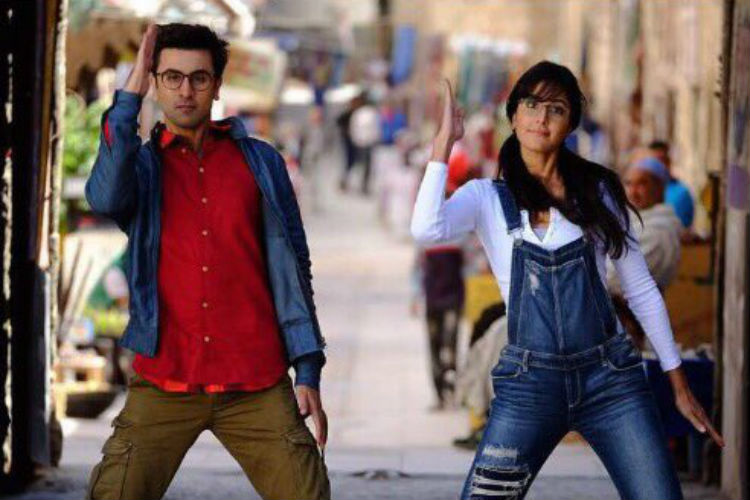 Directed by Anurag Basu, the film is a romantic comedy, in which Ranbir will be seen as a school boy for the first time on the big screen. Slated to release on July 14, Jagga Jasoos also marks the comeback of Ranbir and Katrina after the gap of a long time. They have last appeared together in 2010 released  Raajneeti.

On the work front, Ranbir will next be seen in Sanjay Dutt’s biopic. Directed by Rajkumar Hirani, it also features Sonam Kapoor, Dia Mirza, Anushka Sharma and others.