Aanand L Rai’s Raanjhana was a film that divided the audience with the way it portrayed teenage love in small town India. For some it normalised stalking and made a martyr out of a ‘jilted lover’, while for others it was merely holding a mirror to what actually happened in small towns. The one that united the audience however, was AR Rahman’s music for the film.

The album comprising nine songs was popular because of songs like Tum Tak, Banarasiya, Raanjhana and even the fantastic Piya Milenge, sung by Rahman’s own students from KMMC while accompanying Sukhwinder Singh.

It wasn’t far from a typical Rahman album, as he infused the local Banarasi flavour to the songs, carefully choosing a dholak over drums (in most songs). One gem was overlooked considering how Rahman likes to slip these in at the last moment. Remember Jaa Re Ud Jaa Re from Raavan? And there was a similar song called Aise Na Dekho, with Rahman’s whimsical vocals accompanied by an accordion. 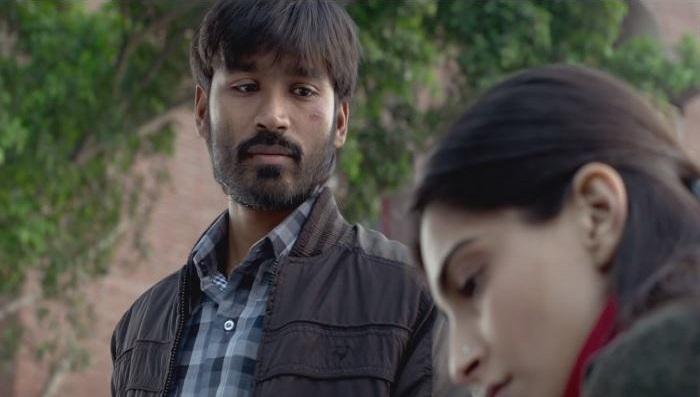 The song takes place when Kundan (played by Dhanush) joins Zoya (Sonam Kapoor) and her team, following the death of Abhay Deol’s character for which he feels responsible. The song also becomes the arc for Kundan seeking an apology from Zoya, who is hell-bent on not surrendering even an inch, seeing through his tenacious pleas.

The sparsely orchestrated song (an accordion, a guitar and a whistle) benefits from Irshad Kamil’s fantastic lines – Main unn logon ka geet/Jo geet nahi sunte. What does one even say about Rahman’s single-minded devotion to love and music (could be used interchangeably for the composer) that reflects in his voice.

The song went under the radar, and never really got the recognition it deserved. As the film turns 5 today, it might be a good time to bring this song back and make it as popular as Tum Tak and Raanjhanaa.

Listen to the full track here: