Priyanka Chopra is making all of us proud with her achievements in the West. From owning the Quantico series like a boss, slaying it like the perfect cruel antagonist in Baywatch to twirling and making heads turn at almost all the red carpets, the lady is clearly on a professional high. But, despite all the awards, appreciation and accolades coming her way, there’s one thing which Miss Chopra regrets doing and she’s got a point in that. Recently Priyanka opened up about doing a project which she feels she shouldn’t have done, and we are glad that she spoke up. The project Priyanka was referring to here was endorsing a fairness cream early in her career.

India’s unrealistic obsession with fair skin is not surprising. Despite being a country, where people are naturally dark-skinned, our penchant for all things fair is really absurd and never-ending. To add to this, we have various Bollywood actresses endorsing the idea that fair is beautiful and even some actors saying fair is handsome. In the beginning of her career, Priyanka too was a part of the fairness bandwagon but now she has accepted that it was all a grave mistake. 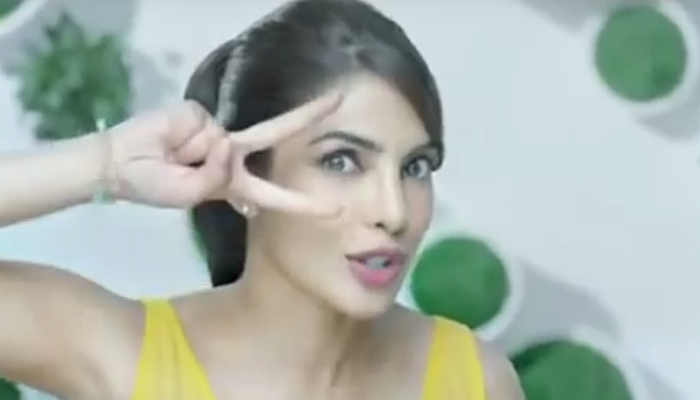 In an interview to a leading magazine, Priyanka revealed the idea is imbibed in the minds of Indians. She said, she was young and insecure and agreed to be a part of the project. But now she has realized that being comfortable in your skin colour is the best thing one can do to themselves. Priyanka said:

A lot of girls with a darker skin hear things like, “Oh, poor thing, she’s dark.” In India they advertise skin-lightening creams: “Your skin’s gonna get lighter in a week.” I used it [when I was very young]. Then when I was an actor, around my early twenties, I did a commercial for a skin-lightening cream. I was playing that girl with insecurities. And when I saw it, I was like, “Oh shit. What did I do?” I started talking about being proud of the way I looked. I actually like my skin tone.

Also read: Abhay Deol explains why he called out celebs endorsing fairness creams, and his logic makes so much sense

Here are the advertisements of Priyanka:

Well, we are glad Priyanka Chopra spoke about it and maybe now, the society, especially girls will understand that fair is not that lovely.