With a number of Hollywood celebrities speaking up against sexual harassment, the Indian film industry, it seems, wants to maintain its culture of suffering in glamorous silence. Swara Bhaskar recently spoke about being stalked by a director in her early film career and molested by a mob, Neha Dhupia asserted the need for celebrities to be vocal about sexual harassment, but the big names of Bollywood have maintained a deep, undisturbed silence. It took Priyanka Chopra’s mother, Madhu Chopra, to get the ball rolling.

Sexual harassment has taken roots in our society in such a strong manner and has so many layers to it that sometimes, the victim/survivor is unable to understand how to respond to it immediately.

She (Priyanka Chopra) was just 17 when she entered the industry, so I accompanied her every minute of the day till about three years ago. So a gentleman meets her and says, ‘Will your mother sit outside while I narrate the story to you?’ Priyanka told him, ‘If it is a story that my mother can’t hear then it is a story that I cannot do’ 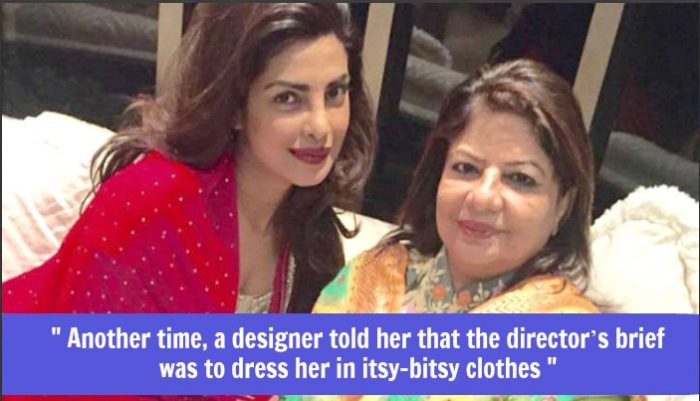 A few days back, Swara Bhaskar shared her horrific experience of sexual harassment in an interview to the Mumbai Mirror. (Also read: ‘Groped by a mob, harassed by director’, Swara Bhaskar talks about Bollywood’s Weinsteins)

Before Swara, it was Irrfan Khan, Kalki Koechlin and Neha Dhupia who spoke up about their own experiences. Kalki and Neha poke about the lack of conducive environment in India and particularly, in the showbiz industry to talk about sexual harassment. Drawing attention to a really pertinent point, Kalki said how no one  pays attention to a story of sexual harassment until and unless a popular face brings it forth, all the other incidents are easily forgotten by the people and the media.

On the other hand, in our society where men are conditioned in such a way that it is hard for them to share their experience of being sexually violated. Irrfan Khan opened up about how he was asked to “compromise” to get a role in a movie.

(Also read: Irrfan Khan speaks on sexuality, facing casting couch and being in a relationship with an older person)

Many celebrities including Vidya Balan, Richa Chadha have admitted to the existence of casting couch in the showbiz industry but only a few have had the courage to come out and openly acknowledged any untoward incident that made them feel uncomfortable.