Amazon Prime’s new show Inside Edge has got good reviews from those who watched it. Produced by Excel Entertainment, the series focuses on what happens beyond the game of the T20, has been appreciated as a good attempt. Since the trailer of this series was unveiled comparisons between Preity Zinta and Richa Chadha’s character from the show were drawn. When Preity, who owns a team in Indian Premier League, was asked about it, she seemed miffed.

Preity came down heavily at people who portrayed women in business in bad light and also at that who compared Richa’s character with her. Preity said it upset her to see someone portray women in business this way but added she could not do anything about it. She said, “Real men don’t live off women, they don’t. So yeah, it upsets me, when I think about it, that they are doing this. But what can I do? The media itself helps them and says, ‘Oh, it reminds them of this…’ I mean, I am grateful that today Farhan made a statement and said, ‘Oh, it’s fiction,’ but then, why is fiction so one dimensional? Why do they have to show the woman as that? So that really upsets me, but what do you do?” 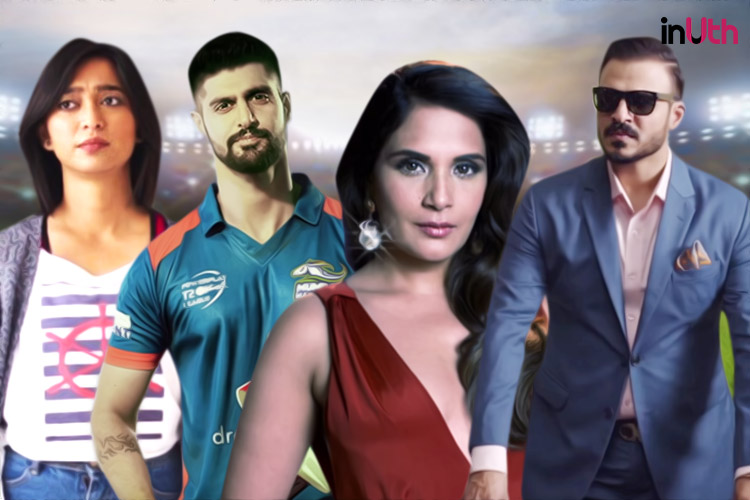 The 42-year-old actress said people should research before writing such a character. She went on to say these characters are a result of someone else’s fantasy but no one can do anything about it. She added when someone makes a show on cricket people easily draw references. “They’ll show the woman as the whore! Right! They’ll always show the woman as the whore, they’ll never have the balls to show something else,” added Preity.

For those who fail to understand why Preity is irritated with this series, the reason is the way the show paints a picture of women. In Inside Edge, a lot of raunchy scenes are shown to tell about a woman’s journey in a place which is ruled by men. The parallels which were drawn further irked the Kabhi Alvida Naa Kehna actress and she said, “But one thing I will ask you as a woman, genuinely, please ask these makers, were they in that bed seeing who’s screwing who? Please ask them as to how have they come on these plot points and why are they doing this? Just ask them that question, like what is your inspiration for all this?” Preity said that if there were more women directors, then maybe women characters wouldn’t be this scandalised.