Legendary cricketer Sachin Tendulkar is gearing up for the release his biopic Sachin: A Billion Dreams. It seems ahead of the films’ release he took some time out from his busy schedule and paid a visit to Prime Minister Narendra Modi. On Friday, he met Modi and received his blessings for his upcoming film. Later he also shared few pictures of the same on his social media platform.

Sharing the pictures on his micro-blogging site twitter Sachin wrote: “Briefed our honourable PM Narendra Modi about the film ‘Sachin: A Billion Dreams’ and received his blessings,”

Thanking Narendra Modi for his inspiring message, in an another tweet, he added: Thank you for your inspiring message @narendramodi ji ‘Jo khele, Wahi khile!’ Could not have agreed more. #SachinABillionDreams

Reacting to his posts, Narendra Modi too responded and tweeted: ”Had a very good meeting with @sachin_rt. His life journey & accomplishments make every Indian proud & inspire 1.25 billion people.” 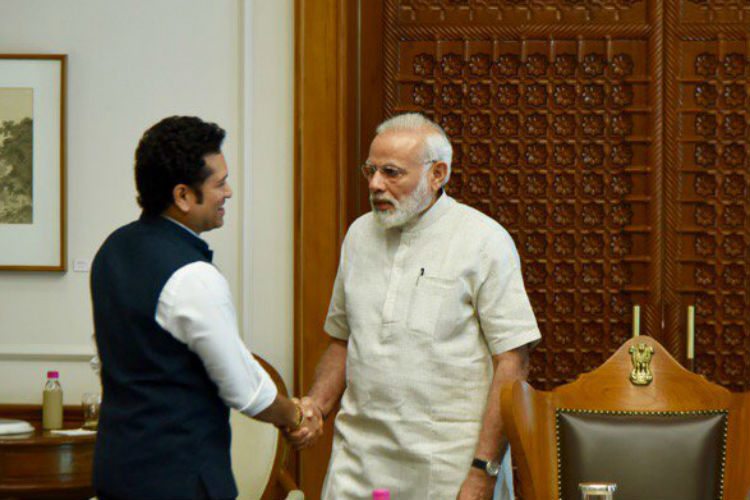 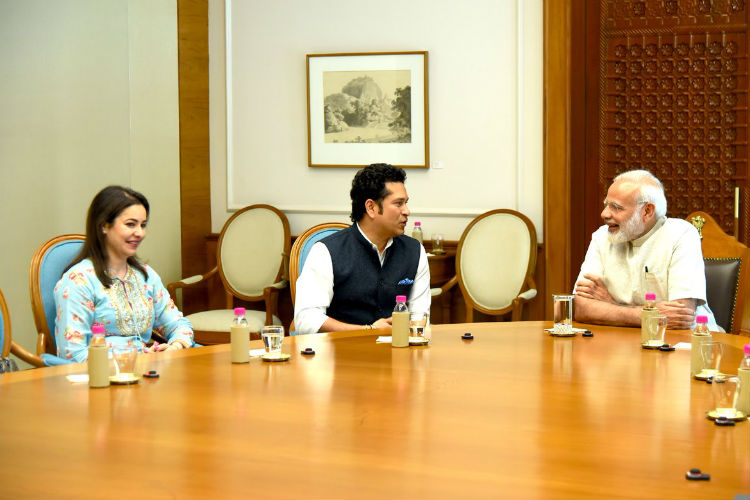 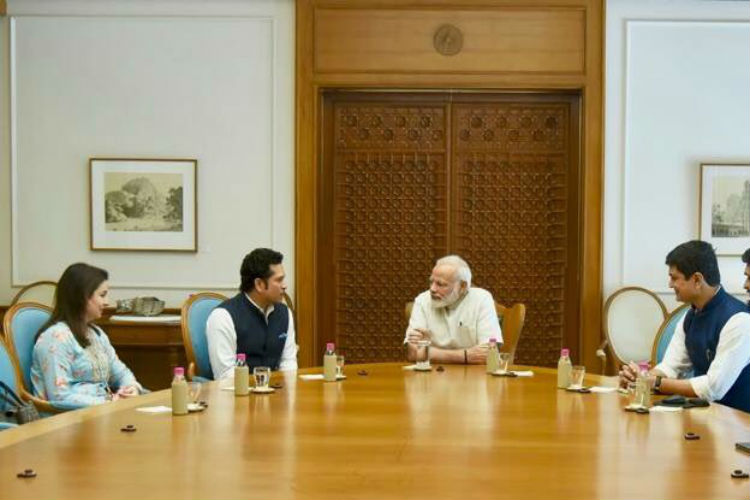 Sachin: A Billion Dreams, directed by James Erskine, is about Tendulkar’s personal journey from a young boy to a cricketing icon. The film has already been declared tax-free in Kerala and Chhattisgarh. The film will have some of the cricketing legend’s “private personal videos”, which only his family has had access to till now. While the trailer and songs of the film received amazing response from his fans, it will be interesting to watch if the audience will accept him as an actor or not

It is slated to release on May 26.