Pakistani artistes like Fawad Khan and Mahira Khan may have heaped praises on Bollywood but one of their colleagues seems to not share the similar feeling. Pak actress Saba Qamar reportedly slammed Bollywood when she appeared on a chat show and insulted many A-listers of Bollywood. It is being reported that Saba also referred to superstar Salman Khan as cheap.

Saba attended a talk show in 2015 and a clip from the same has surfaced on the Internet. The chat show is said to be hugely popular in the neighbouring country. On the show, she was asked to rate Bollywood stars. When she was shown Salman Khan’s picture, she called him cchicchora. Saba then went on a rant against Salman, giving demeaning comments about his dance steps and style. 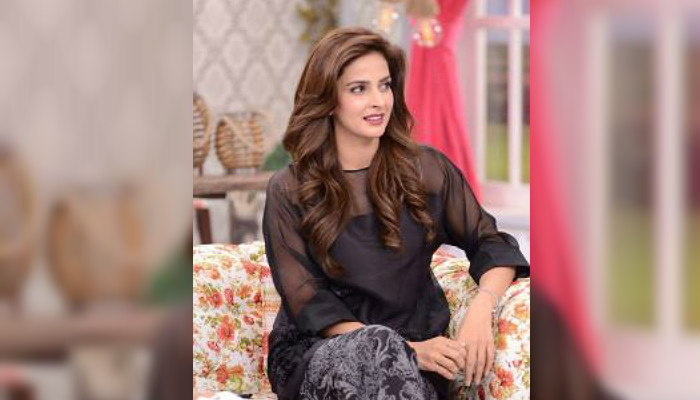 Well, now that this incident has seen the light of the day we wonder what Salman Khan would say on this.

After the horrendous Uri attack, the relations between India and Pakistan soured. As a result, there was a call to ban Pakistani artists from the country. Initially, it was a demand only from few political parties but later the Indian Motion Pictures Producers’ Association (IMPPA) put a blanket on Pakistani artists. Post the ban, a ruckus was created around the release of films that starred actors from across the border.

Due to the presence of Fawad Khan, the release of Ae Dil Hai Mushkil was shrouded in uncertainty. Even before release of Raees, superstar Shah Rukh Khan was said to meet MNS chief Raj Thackrey to assure that Mahira Khan won’t be promoting the film in India.

Now let us see if this news of Pakistani actress taking a dig at Bollywood sours the relations further or not.