Vishal Bhardwaj’s Rangoon may have hit screens a few days ago but controversies are in no mood to let go of the film. After not getting an expected response at the Box Office, the movie is said to be staring at a legal tussle with the Central Board of Film Certification. Reports have it the CBFC has alleged that many theatres are not flashing the mandatory censor certificate before the screening. The board is considering strictest possible action against the makers and theatre owners, suggest media reports.

Theatre owner Akshaye Rathi, however, had a different story to tell on the matter. He told a leading daily that one theatre may have overlooked flashing the censor certificate but the investigation on the matter would come late. He said, even if the reports were true, the film is already running in theatres so it would make little sense to go for an investigation now.

Anurag Srivastava, CEO of CBFC said they had proper evidence to support their claims. 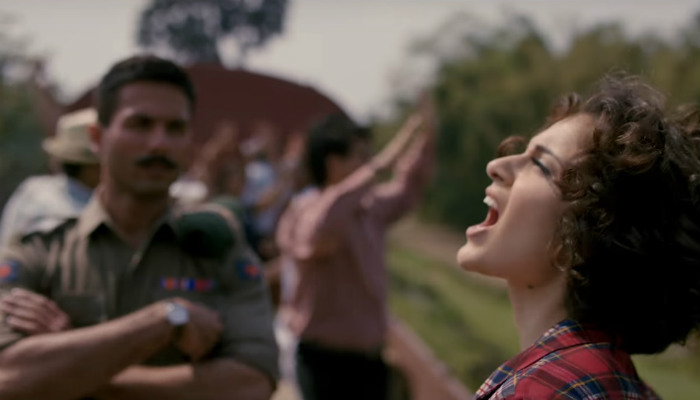 Yesterday, CBFC’s chairperson Pahlaj Nihalani had in very strong words condemned the incident. Terming it a serious offence, Nihalani had said he would take serious action against digital operators who didn’t flash the disclaimer and certificate. He said it was the legal duty of the operators to screen the exact length of the film approved by the board. If they were not screening the said length of the film it meant they were violating the norms of CBFC.

Also read: Kareena Kapoor Khan gets defensive for Saif Ali Khan over Rangoon’s failure. Here is what she has to say

While the distributor Viacom, didn’t say anything on the matter, an insider from PVR told MId-day.com that no multiplex would run a film without the disclaimer. He said by doing this the multiplex is inviting legal trouble.

Also read: Rangoon director Vishal Bhardwaj tells why it was important to have Azad Hind Fauj’s reference in the film

Vishal Bhardwaj’s spokesperson too told the leading daily that the film is running with adequate disclaimers.

We wonder what the truth is in the entire matter.