Critically acclaimed director Vishal Bhardwaj’s latest release Rangoon hit theatres yesterday. The Kangana Ranaut, Saif Ali Khan and  Shahid Kapoor opened to mixed reviews and an average opening at the Box Office. Post the film’s release, the filmmaker spoke about various aspects of it especially about the connection with Indian National Army led by freedom fighter Subhash Chandra Bose. Speaking about this, Vishal told media through the film he tried to give a small tribute to Netaji.

Vishal said he included the angle of Azad Hind Fauj since not much about the sacrifices of the army has been carried on in mainstream cinema. He said, “The contribution of the INA (Azad Hind Fauj) is a basis of the film which we didn’t want to disclose before the release. It is very necessary for us to show it to his family because Netaji’s and the INA’s sacrifice has never been seen in a mainstream movie.” 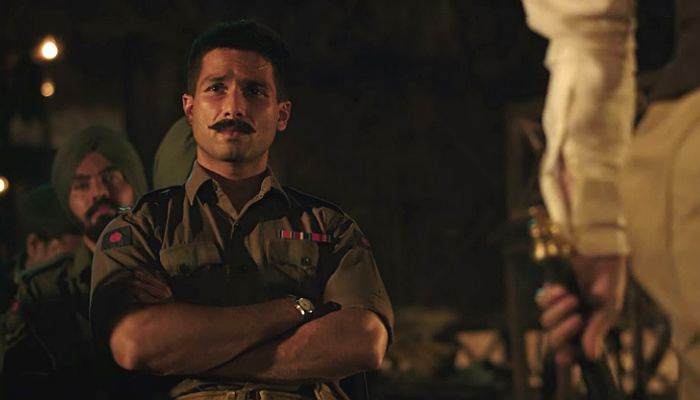 The director added the younger generation knew little about the INA’s contribution to the freedom struggle, hence, he felt that it was important for the story to be told. He also hoped the tale of courage would reach masses after this. Clearing his stand on controversies that started, Vishal said, “My aim was not to play around with controversies or create a controversy. You will get references to the 1940s. I have not meddled with the facts but mixed them with fiction.”

He made all these statements in presence of Netaji’s grand-nephew Chandra Kumar Bose.

The National-award winning filmmaker also spoke about the ongoing row around the film Lipstick Under My Burkha. The film was denied certification by CBFC citing it was lady-oriented and discussed their sexual fantasies. This decision brought the CBFC on receiving end of criticism.

“They can go to Film Certification Appellate Tribunal (FCAT) or court for redressal. Lady-oriented film toh yeh bhi hai (Even ‘Rangoon’ is a ‘lady-oriented’ film). I don’t think any government body can say it’s a lady-oriented film, so there is a misunderstanding or miscommunication,” said Vishal.