After the failure of Rock On 2, Farhan Akhtar is gearing up for the release of Lucknow Central and the actor is confident that the content would strike a chord with the audience. Akhtar believes that director, Ranjit Tiwari’s film is gripping from the word go and would keep the audience glued throughout.

While interacting with the media, besides speaking about his next, Farhan spoke about biopics, commercial cinema, the shift in audience taste, importance of allotting budget to a film and lot more.

What made you come on board for Lucknow Central?
I can’t remember the last time there was a film like this. I was excited for me to play a guy from a small town in Lucknow because my family has a connection with Uttar Pradesh. Although not with the jail, but with the city (laughs). I felt very nice that I could do a film which is set in Lucknow. Ranjit had done a lot of research about the social demographics, attitude, and all those stuff, which was very helpful. To get the local flavour, I had a diction coach. It was a lot of fun to be a part of this film. As far as jail is concerned, I didn’t want to know about the lives in jail as I wanted to keep an element of discovery intact. (sic)

What do you think is going wrong with the Hindi film industry of late?
I think what is important is the content. There is a demand from the audience of telling them good stories. Film-making is actually story telling in an audio visual format. In the midst of all the window dressing and all the hungama that can be created on screen, we should not forget the fact that we are telling a story. People have tried to create something spectacle wherein they didn’t pay a lot of attention to the writing. The audience is telling us, we are spending a lot of money to watch a film, please give us something which is worth it. The story can be set in India or outside India, but it should be human and understandable. (sic) 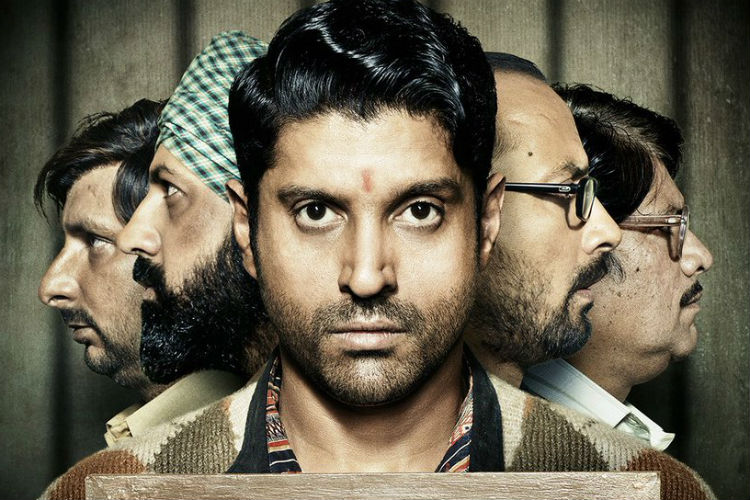 You are an actor, director, music composer, and singer. What is your favorite past time?
I have always enjoyed music and singing. I think Rock On was the tipping point for me as it gave me the opportunity to sing professionally for me. With singing, or rather if you want to get good with anything in life, you need discipline. You have to keep practicing. The schedule does not permit me to keep practicing. Singing is not the easiest thing in the world, but I feel really sad about it that I can’t practice it everyday. (sic)

Are you open to act in another biopic?
If there is an amazing story that I come across, I am all game for that.

What can we see you direct next? Will your next directorial be Don 3?
When I am ready. I will direct when I feel like directing. There is no script in mind as of now.

How would you define commercial cinema?
I think the definition of what is considered mainstream keeps changing. That’s what has been happening since ages. The definition of what is considered commercial will keep changing and it will never be constant. These things are influenced by so many sources like the social environment, the mood of the nation, mood of people etc. It will constantly keep changing and it is difficult to have one kind of definition for it. We should think of it as good films and bad films. (sic) 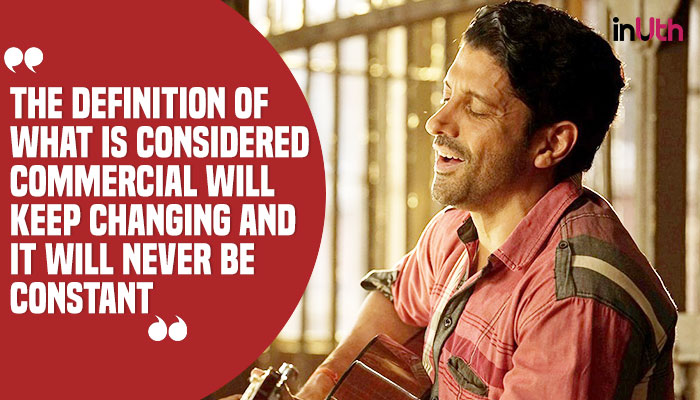 But do you think it becomes easy for you to gauge the taste of audience given the fact that you are a director and producer?
Whatever I say in this interview is my perception of what is going wrong. No filmmaker will ever know what the audience wants as it is not possible. If a filmmaker knew what audience wants, no film would ever flop. The audience demand is nothing but a guesswork on part of filmmakers and it is based on a brief history of what is working and what is not working in the past few years. If you start designing something just because it is working, it would fail. You need to use your heart and mind to do a film.

Dil Dhadakne Do just about managed to break-even despite getting a lot of acclaims. Do you think it was a case of budget gone wrong?
Us as a company are not wanting to compromise on the director’s vision. Among everyone associated, it is us who lose money on films, but you have only your belief to move on. Today we might not make money, but in the future, there might be a film where we make a lot of money and life comes to a circle. Nobody in this industry sets out to make a bad film or a film that would not work at the Box Office. Somewhere along the way, something goes wrong in translation and the film doesn’t shape you as you expected. But you need to do your best and hope for the best.

But what are the factors you take into account while allotting budget to a film?
There is a certain understanding in terms of how universal the topic may be. If you feel that it is talking about not so universal issue or topic, you have to take certain educative guesses. But at no point, should you compromise the vision of the director.

What do you have to say about the trend of actors refunding money to the distributors?
I definitely feel that if there is a loss of substantial amount, it is a good gesture for someone to do that. You are not here for just one film and you do have to maintain a long standing relationship. When a distributor makes money, it is beneficial for you as well. If you can some how make it up to them, it is a great gesture as you don’t want someone else to be miserable because of your mistake.