Madhur Bhandarkar’s next big release Indu Sarka has landed into another trouble before hitting the theaters on July 28. After being condemned by the Congress party, the political drama might not release in Indore, a city in Indian state of Madhya Pradesh. The Congress party workers have threatened to vandalise theatres and create violence.

According to our sources, protesting against the film, Congress workers in the state have written a letter to Cine Circuit Association and Cine Grah Sanchalan in Indore asking not to release Indu Sarkar in the city. The letter mentions: “if the film is screened, then we will protest outside theaters. And the theater owners will be responsible for it.”

The Congress party workers also threatened that they will burn the effigy of the actor Anupam Kher and Madhur Bhandarkar.

The film is based on a 21-month long period of emergency from 1975 to 1977 by the former Prime Minister of India, Indira Gandhi. It features Neil Nitin Mukesh, Kirti Kulhari, Anupam Kher and Tota Roy Chowdhury among others in pivotal roles.

Also read: Ranbir Kapoor as Rahul Gandhi and 7 other actors who would be perfect to play these politicians 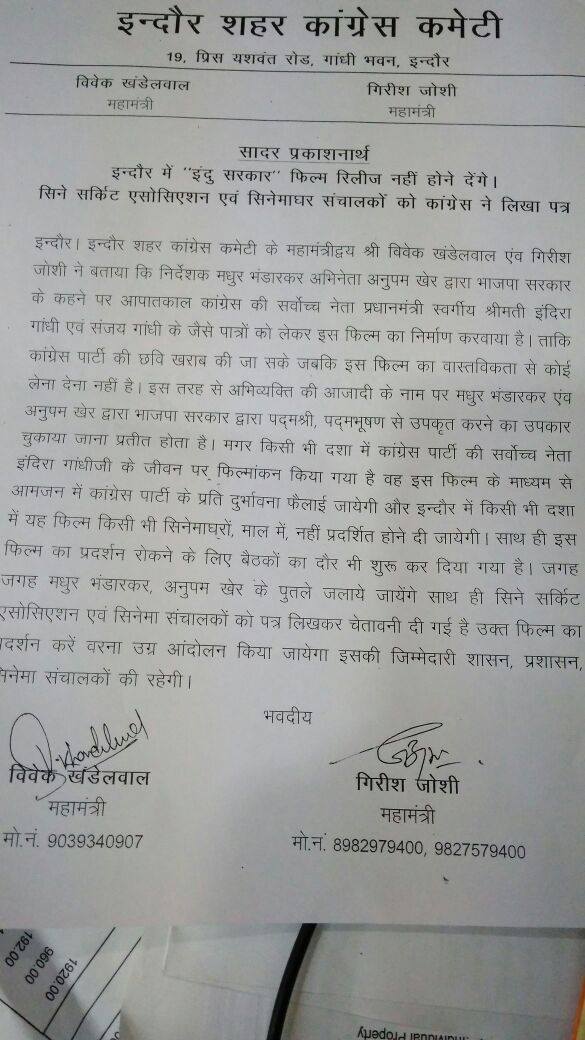 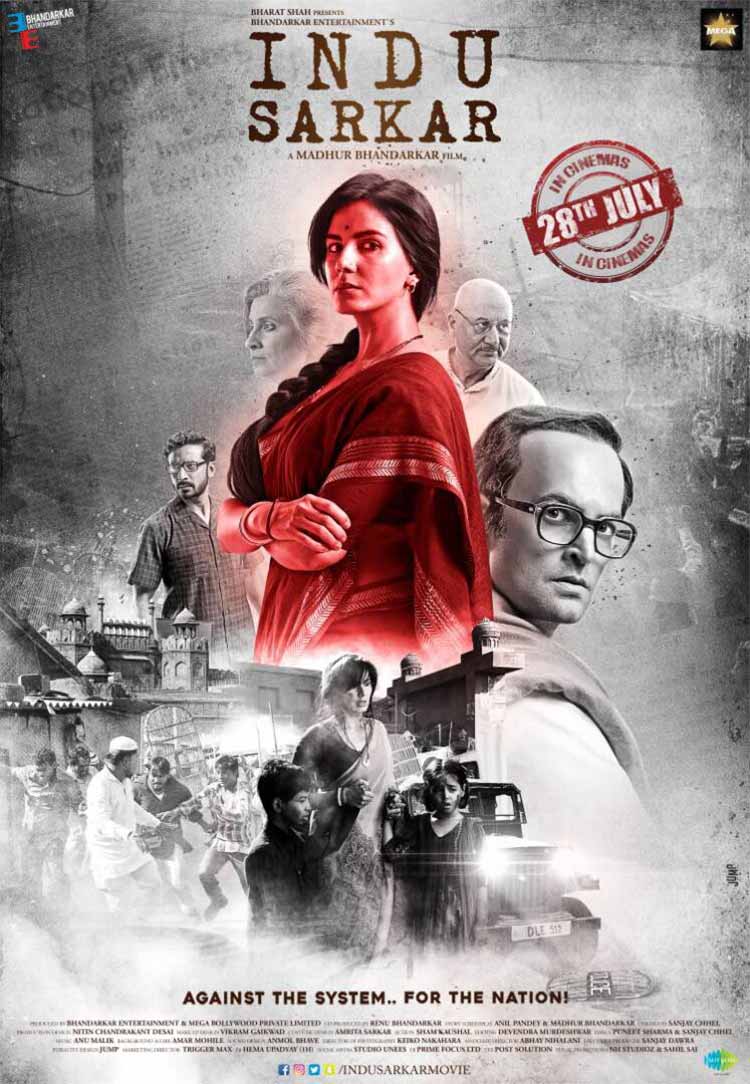 Earlier, calling the film fully sponsored, Congress spokesperson Jyotiraditya Scindia said “the organisation and the individual who is behind the film is known to us. We totally condemn the false depictions in the film.”

However, the Central Board of Film Certification ( CBFC) Chief Pahlaj Nihalani told Bhandarkar that Indu Sarkar won’t have to get an NOC (No Objection Certificate) from anyone in the Congress or the Gandhi family.