Filmmaker Priyadarshan who was the chairperson of the jury of 64th National Film Awards has made few startling revelations about Akshay Kumar’s win. Akshay won the National Award for best actor for his role in Rustom. While almost everyone was elated that Akshay won this honour, there was a debate that sparked on social media. Many were of the opinion that Akshay’s performance in Rustom was decent, but not worthy enough of a National Award. They felt it would have been better if Akshay took the coveted award for Airlift.

And maybe he did. Priyadarshan revealed to a leading daily that Akshay won the award for both Rustom and Airlift but the latter’s name was missed out due to technical reasons. He said that Akshay Kumar and Mohanlal were the main contenders for the Best Actor category. He said three of Mohanlal’s movies were being considered.

Doling out the reason behind Akshay’s win, Priyadarshan said he delivered extremely contrasting and sensitive performances in Airlift and Rustom. He said, “We thought it was only fair to honour him for both!”Talking more about zeroing in on Akshay’s name, Priyadarshan said he survived for years by taking up different roles.

We wonder if Priyadarshan’s statements would shut all the critics of National Awards who askeed why Manoj Bajpayee (Aligarh), Aamir Khan (Dangal) or Shahid Kapoor (Udta Punjab) were given a royal snub. 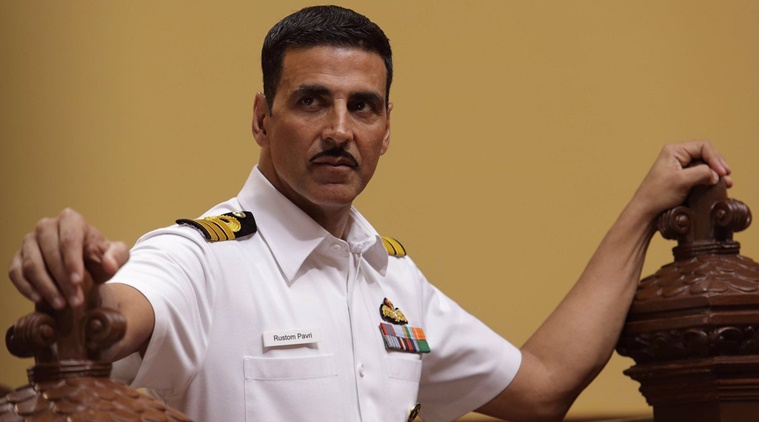 Akshay Kumar in a still from Rustom.

Also read: Akshay Kumar finally wins a National Award. But, we would have preferred it for Airlift over Rustom

While many believe that Akshay’s Nationa Award was long overdue, they did not imagine he would get it for Rustom. Inspired by the real events of K.M. Nanavati case, Rustom featured Akshay in the role of officer Rustom Pavri. He was tried for allegedly killing his wife’s lover. The courtroom drama directed by Tinu Suresh Desai, showed how Rustom Pavri fought his case and defeated all against him. The film also featured Ileana D’Cruz and Esha Gupta in pivotal roles.