Naam Shabana, a film in which actress Taapsee Pannu is playing the central character once again proved that its time for women, to rule at the Box Office. Released this Friday, the film minted Rs 5.12 crore on its opening day in India. After witnessing growth on day two of its release with a collection of  Rs 6.37 cr, this action thriller managed to earn Rs 18.76 cr on day three. A prequel of 2015 released Baby, Naam Shaban revolves around a middle-class girl Shabana Khan played by Taapsee Pannu. In the film, she was seen performing some high-octane action sequences. Despite starring talented actors like Manoj Bajpayee, Akshay Kumar, Prithviraj Sukumaran, Danny Denzongpa and Anupam Kher, the one who has been appreciated for her role was none other than our Pink star Taapsee Pannu.

This small budget, made for Rs 35 crore, the film is expected to witness healthy growth.

The film is not only loved by the audience but film fraternity people like Anupam Kher and Akshay Kumar also minced no words in praising the actress and even called her the hero of the film. Taapsee, who made her Bollywood debut with Chashme Baddoor in 2013 proved herself as an actress in films like Pink and Baby. 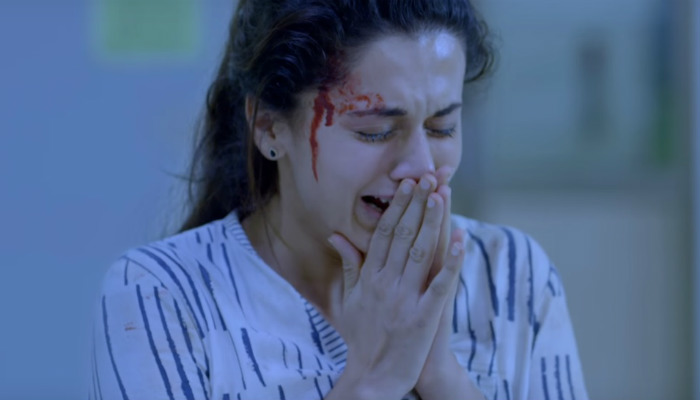 With this film, Taapsee also made it into the list of Heroine driven action/drama films which already comprises films like Sonakshi Sinha’s Akira, Sonam Kapoor’s Neerja and Rani Mukerji starrer Mardaani among others.

Meanwhile, Taapsee will next be seen in Judwaa 2 opposite Varun Dhawan. Directed by Dawid Dhawan, the film also stars Jacqueline Fernandez. In the film, Varun will be seen in double roles.