Ever since Sanjay Dutt was released from the jail, there have been talks about the third installment of the iconic Munnabhai Franchise. While the makers had earlier announced Munnabhai Chale America as a follow up to Lage Raho Munnabhai, the idea was later shelved as director Rajkumar Hirani found the concept of the film similar to Shah Rukh Khan’s My Name Is Khan.

During the promotions of Bhoomi, when Sanjay Dutt was asked if the makers would revamp the script of Munnabhai Chale America, the actor said that the Munnabhai 3 would be a different script and the film would hopefully go on floors by 2018.

“No, I don’t think so. Since I can’t get an American Visa, it’s not going to happen. As far as I know from the conversations with Rajuji and Vinodji, scripting is going on right now. As soon as they finish shooting for the biopic (on Sanjay Dutt), Rajuji will start working on the script (of Munna Bhai) himself. And I am hoping by everyone’s wishes and God’s grace, the film will be ready by next year,” said Sanjay Dutt. 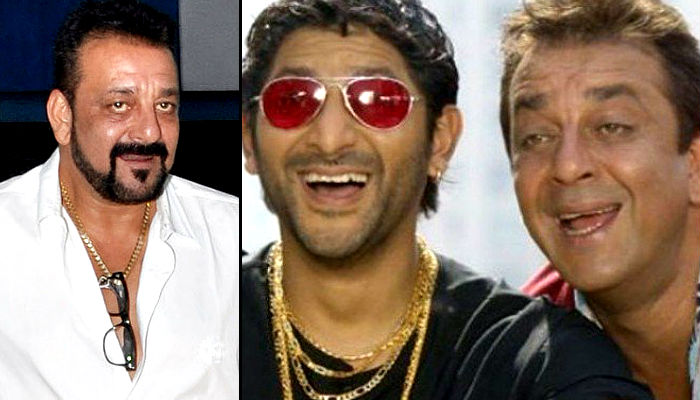 Also Read: Idiots are back! Arshad Warsi promises all fun with Sanjay Dutt in Munnabhai 3

Munnabhai 3 will see Sanjay Dutt and Arshad Warsi in the iconic characters of Munna and Circuit. The film will be written by Abhijat Joshi and Rajkumar Hirani. If sources are to be believed, the team has cracked the basic premise of the film and will soon start writing a full fledged screenplay.

As far as Rajkumar Hirani is concerned, the ace director is currently busy shooting for Sanjay Dutt’s biopic which is tentatively titled, Dutt. Starring Ranbir Kapoor in lead, the film releases in March next year.