Kangana Ranaut’s Simran has finally hit the screens and people are celebrating Kangana’s awesome portrayal of Praful Patel. The movie is inspired by the story of an NRI lady named Sandeep Kaur, who shocked everyone in the US with her smartly executed bank robberies. The life of NRI Sandeep Kaur was definitely worth portraying on the silver screen.

The trailer of Simran showed Kangana’s character Praful Patel, as someone who (unapologetically) pursued men, accepted herself as a kleptomaniac and dodged the cops like a pro. But the real story of Sandeep Kaur for this character did more than just steal cash. She earned the name of ‘Bombshell Bandit’ by the American press for robbing banks in Arizona, California, and Utah.

Apurva Asrani, the writer of Simran, in an interview mentioned that he learned about the story of a nurse arrested in the USA for robbing banks in quick successions. Having read her mystifying story, Apurva thought it had the potential to be translated into a movie. And thus began Hansal Mehta and Apurva Asrani’s Simran journey. 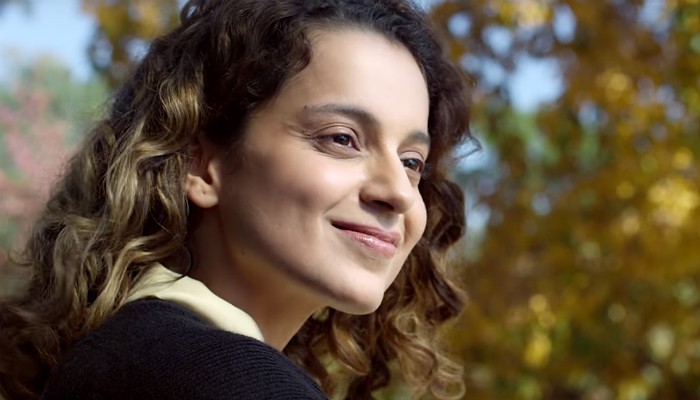 Who is Sandeep Kaur?

Sandeep Kaur moved to San Jose, Calfornia with her parents when she was 7. In an interview, Sandeep recalled how she always felt alienated. Sandeep went through a lot of racial attacks in her school and the hatred increased multifold after the 9/11 attacks. She said:

“I was called a terrorist at school. They were like, ‘Did your Dad do this?”

Also read: Kangana Ranaut once again talks about Simran controversy, says she has written the film for sure

Staying in the house was also terrifying for Sandeep. She revealed that her parents used to beat her, and did not allow her to use mobile phones, watch television or meet friends.

That was how [we] were raised, we knew not to go tell the school, we were beaten with a stick. This is how parenting is. (sic) 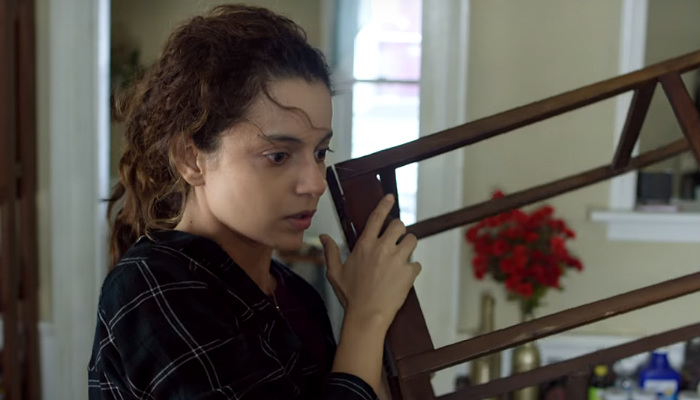 When her mother fell ill, 14-year-old Sandeep was inspired by a friendly nurse to take up nursing as her profession. She gave Sandeep books on nursing and by 19 she was a licensed vocational nurse. As she had been earning $6000 per month, Sandeep decided to leave her home and stay on her own.

When the US economy crashed in 2008, Sandeep did not see the same fate as others. While most of the citizens were struggling to make ends meet, Sandeep’s smart moves earned her a whopping $200,000. While talking about this, she said:

I invested in the insurance banks, AIG and Prudential. I ended up making $200,000

With money in her bag and newfound freedom, Sandeep did what most teenagers do. She started partying with boys, drinking and spending nights in clubs. When she turned 21, her cousin Amundeep Kaur planned a party in Las Vegas. As the two sisters flew to The Sin City, Sandeep tried her hands for the first time on blackjack. She found herself ‘instantly hooked’ to it. She said:

I gambled. I won a couple of thousand and it was pretty fun. I played blackjack and I kept winning.

Soon Sandeep started feeling she was invincible. With time she had earned the reputation of a fortunate gambler. She lived in a suite, that had two-bedrooms, five-bathrooms. It became a private club, where she played till she had accumulated chips worth $1000. With every penny she earned, Sandeep indulged in luxury brands like Louis Vuitton and Gucci.

Her luck changed and Sandeep started losing a lot of money. She borrowed $20,000 from a complete stranger at a huge interest rate, thinking she would win all the money back and repay him subsequently. But that never happened and Sandeep watched all the money slip from her hands. She then shifted to California to start a new life. Sandeep worked 96 hours a week to repay the loan as she had maxed out all her credit cards. Things took an ugly turn when her friends started knocking on her door, asking for the money she had loaned. Though Sandeep claimed that she never visited Las Vegas again after that, but Amundeep had a different story. The cousin claimed that Sandeep visited those places over and over again.

When Sandeep’s mother learned about the deep trouble her daughter was in, there was obviously a lot of emotional drama. Her mother went groom-hunting, but in 2013 Sandeep had already eloped. Sandeep’s husband gave her $1000 allowance, but by April 2014 the marriage ended and with it the benefits.

Also read: I was supposed to direct Kangana Ranaut in Sarabjit: Hansal Mehta on Simran and more

The rise of bombshell bandit:

With no way to pay back the loans, the idea of a bank robbery struck Sandeep. She executed the first robbery at Bank of the West in Valencia, California. All she did was hand a note to the executive sitting in the bank which read, “I have a bomb.” This way Sandeep pulled off four heists but the fifth one got her arrested. After a long chase following the fifth robbery, Sandeep was arrested in July 2014. She was sentenced to 66 months in prison, and the court ordered her to return each dollar she stole.

Also read: I was supposed to direct Kangana Ranaut in Sarabjit: Hansal Mehta on Simran and more

Only if Sandeep could have known when to stop.