Nin Dusanj is making headlines for her wedding with actor Aftab Shivdasani. The Great Grand Masti actor, who had married Nin in court in 2014, renewed the wedding vows in a traditional wedding ceremony held in Sri Lanka. The pictures of the duo from the ceremony went viral on the internet. Aftab took to Instagram and shared a series of photographs on from the destination wedding.

So, as the couple looks forward to their married life ahead, let us intrigue you with interesting facts about little known Nin, who as such has nothing to do with the Bollywood industry. Nin was born in London and is a British-Indian girl. She was working in Hong Kong for six years as a consultant in a renowned luxury brand industry before relocating to India in the year 2012. Nin had also tried her hand in modeling.

Dusanj and Aftab met through their common friends during an event and they eventually fell for each other. Love blossomed between the two and they got married in 2014. According to reports, Aftab and Dusanj opted for a simple court marriage and the event only saw their respective families in attendance.

Also Read: Kangana Ranaut blasts Hrithik Roshan and family once again, says the case is made up of lies

Nin, who is an active social media user, keeps sharing her pictures along with Aftab on her Instagram. Check out some of the pictures here:

Happy 3 my love! Here’s to creating more beautiful memories together and making all of our dreams come true. #onelove #eternity #divinelove

Happy birthday my gorgeous husband! Hope you had a magical birthday… I’m honoured to walk this path with you. Here’s to more wonderful moments and memories. Keep shining bright and stay true, stay you. Love you. #happybirthday #blessed #houseofnomad @tajlandsend

Happy Holi! “Listen to the colour of your dreams!” -The Beetles

#Diwali celebrations begin with the hubby!

The couple had registered their marriage in June 2014, without having the archetypal wedding ceremonies for which they had saved a later date. In Sri Lanka, the celebrations took place over a span of two days – with Mehendi and a party on the beach on the first day, followed by a Hindu ceremony and a Buddhist blessing with local Sri Lankan monks.

Aftab, who donned Troy Costa for the ceremonies, made an entry on an elephant, while Dusanj, wearing Yoshita couture, was carried on a Doli. Check out the pictures from the ceremony here:

Also Read: Kapil Sharma confirms his show is going off-air, but there is still some good news for his fans 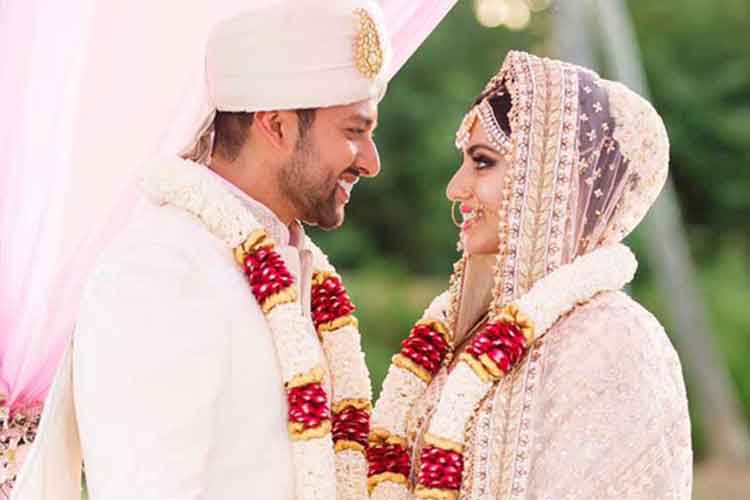 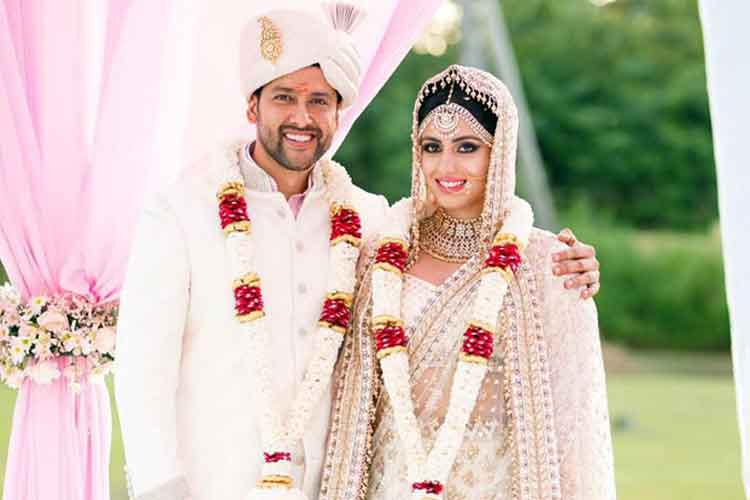