Reema Lagoo’s death has left a void in the film industry that cannot be filled. Her performances in movies like Maine Pyaar Kiya, Kal Ho Naa Ho and Vaastav, will forever be remembered by cine buffs. The 59-year-old actress was last seen in television show Naamkaran, which was produced by Mahesh Bhatt. Talking about her Mahesh Bhatt said that he is sad he couldn’t meet her.

“We said goodbye to one another over the phone with a promise to meet again. Sad that did not happen. I thought we had time. I was wrong,” Mahesh Bhatt told IANS.

Mahesh Bhatt said revealed how he convinced her to play the mother in Naamkaran. Speaking to Spotboye.com, Mahesh said, “She had almost said bye to her career when I prevailed upon her to do this daily soap called Naamkarann. She was unwilling to make the kind of commitment a daily soap required –around 12 hours every day –especially for her role which was the heartbeat of the show.”

The ace filmmaker added that after he assured Reema that he would be overseeing the show on a daily basis. Mahesh Bhatt added that Reema was absolutely fit except having problems like a bad throat. 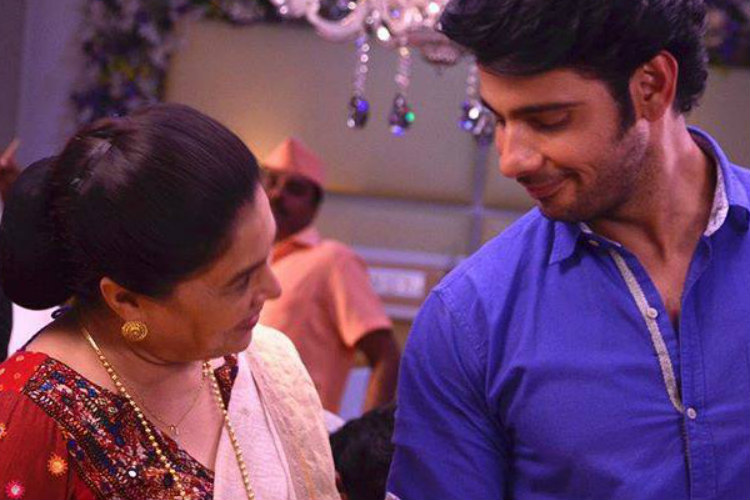 Reema Lagoo’s death has come as a huge blow to the show. Speaking about it, Mahesh Bhatt said life was all about moving on and they would ponder about the next step soon.

Talking about their association, Mahesh said he first discovered what an extraordinary actress Reema was when he worked with her in Aashiqui. In this 1990 release, Reema Lagoo played the role of Rahul Roy’s mother.

” I have just come back from her home where I saw her mortal remains, put flowers on her feet and bowed my head to the memory of this extraordinary woman, who was a great actor and a great human being,” Mahesh Bhatt added.