Salman Khan’s father and veteran screenwriter Salim Khan is one of the celebrities who never shy away from utilising Twitter as a platform to voice their opinions. This time, he chose to share his views on the death row convict Kulbhushan Jadhav.

Mr Khan, took to Twitter and mention he wants the freedom of Jadhav. Praying for the safe return of the man, the writer posted a series of tweets.

The Sholay writer wrote that it has been a great opportunity for Pakistan to mend its relationship with India. Tweeting about the same, he said:

“Pakistan talks about maintaining a good relationship with India. Here is the opportunity. Let us pray for his safe return. Kulbhushan Jadhav.”

Quoting Prophet Muhammad, the veteran writer went on to add: “To kill an innocent is equivalent to killing entire humanity.” 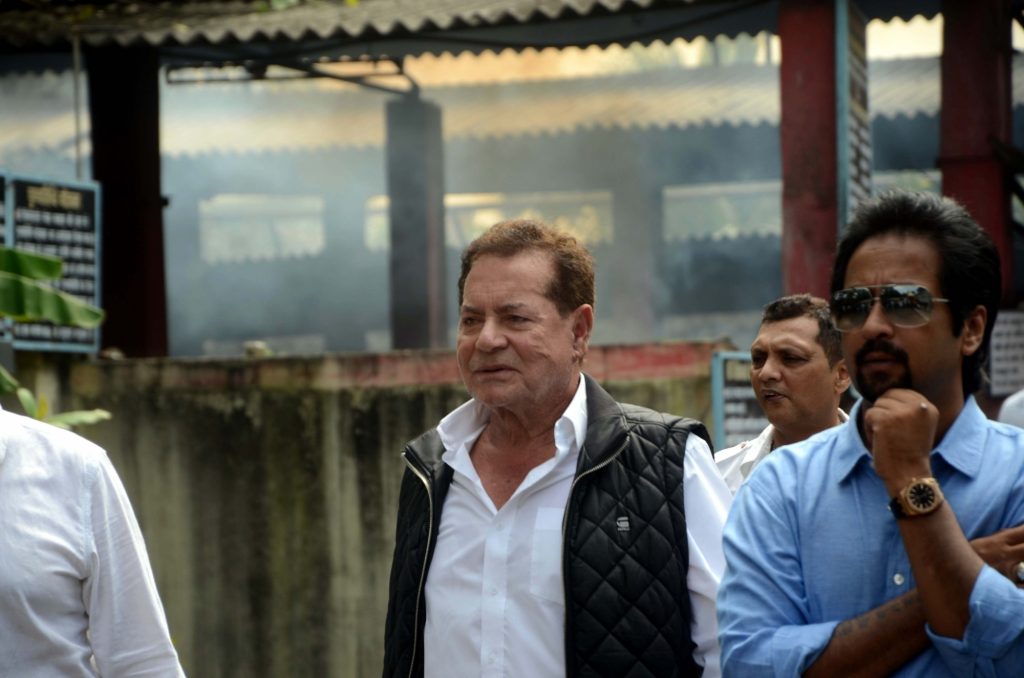 Also Read: These 3 tweets of Salim Khan on the Nahid Afrin row tells us what ‘Fatwa’ by ‘Muslim clerics’ actually mean

Kulbhushan Jadhav has been sentenced to death by a Pakistan military court for allegedly spying and stoking violence in Balochistan. He was reportedly arrested in March last year in Balochistan, for allegedly being an Indian spy responsible for fuelling Baloch separatist movement. Over the last year, the case of Kulbhushan Jadhav has witnessed several twists and turns.

While the Pakistani government has repeatedly alleged Jadhav is a Research and Analysis Wing (R&AW) agent, India had been denying the charges, calling the death sentence a “pre-planned murder”.

Apart from Salim Khan, filmmaker Madhur Bhandarkar has also expressed his views on the issue and said that Indian should get united to bring Kulbhushan Jadhav back. He wrote on Twitter, “Why are Liberals & Activist who cry over #HumanRights of terrorists, silent on #KulbhushanJadhav? India should be united to bring him back.”

Meanwhile, according to news agency IANS, Pakistan on Tuesday, justified the death sentence awarded to alleged Indian spy Kulbhushan Jadhav and said it was capable of protecting itself against external threats.