Kangana Ranaut has finally spoken on the much-hyped ‘writing credits’ controversy around her next film, Simran. The movie directed by Hansal Mehta, on paper, has the name of Apurva Asrani as its writer. However, the writer known for films like Shahid and Aligarh accused Kangana of stealing the same credit from him in various interviews to the media. Just a day ago, he wrote an explosive post on Facebook claiming how Hansal Mehta allegedly requested him to give in the ‘co-writer’ credit to Kangana but they eventually settled for the credit of ‘additional story and dialogue writer.’

Kangana, however, has a different story to tell. In her interview to a leading news portal, the Queen actress claimed that it was her who developed the entire screenplay of Simran by discussing it with Hansal Mehta in the US. As per Kangana, what Apurva had submitted was a dark, gritty story that didn’t appeal to her, and therefore she discussed her concerns with the director and they both sat to develop the script. She also highlighted how Apurva is not an easy person to deal with and she always left the decision of involving him in the discussion about the script to Mehta. Her statement reads:

“Apurva’s story was this dark thriller about a drug-addict who goes into a life of crime. It also had a lot of flavour of Wolf of Wall Street with share market jargon thrown in. I made it very clear that if we’re making a film with a budget of Rs 30 crores, we need to make at least 60 crore to break-even. With the kind of script we had, that wouldn’t be possible as it would appeal to very limited people. Hansal then told me that I was free to talk to Apurva and get the script tweaked to make it more accessible. Now let’s make something very clear: actors are very money-oriented. Some actors even take money to cut ribbons at a store. I’m not dying to lend my creative and writing ideas when I’m being paid to act. Actors always want to be blown away by a dazzling script. When that’s not the case, you need to fix it. When I started collaborating with Apurva, I realised that he isn’t a writer who matches my expectations. And when I enquired about his previous writing work, I realised he hadn’t done them.” 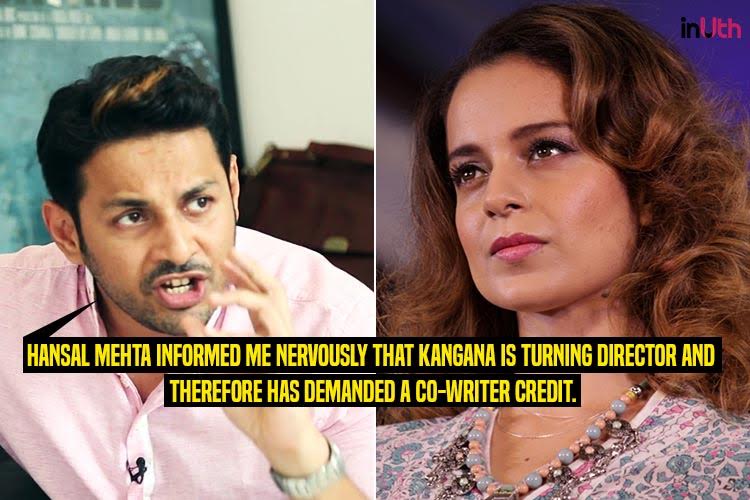 Kangana also said that whatever Simran is today is because of the undertones and changes that she had introduced into the story. She said:

“Nobody can take away from the fact that if Simran today is a story of a divorced woman, it’s entirely introduced by me. If the film has feminist undercurrents, I included that. The father-daughter track, the lover’s track in the film — these are subplots that I added. Even Apurva cannot take away from that, why should I be giving my precious time when I already have other commitments? It was a tiring time also because I was shooting Rangoon at that time, a very difficult film. I had to do these things because I wasn’t given a team of competent writers. Later on, Hansal did a draft of his own and I could sense that he was under enormous pressure. He wanted to break away from Apurva but he couldn’t. We did three drafts together and I still wasn’t satisfied. I couldn’t sense a spark. Finally, Hansal and I agreed that we’ll fine tune this in the US (they reached there about a fortnight in advance) and I’ll write the dialogues on sets.”

Apart from talking about the allegations on her, what Kangana has also done is to counter-allege that even Shahid‘s story wasn’t written by Apurva. It is clear when she said:

“When he (Hansal Mehta) was in the US, he called me and mentioned a BBC documentary on a woman who took to a life of crime. He said he wanted to develop it with me in the lead. I agreed, saying let’s work on this together. Apurva was nowhere in the picture. When I asked Hansal who’s writing it, he told me he usually collaborates with his editor, Apurva Asrani, and that’s how he came into the picture. Hansal assured me about his credentials saying he ‘almost’ wrote Shahid and Aligarh and being a fan of these films, I agreed to come on-board.” 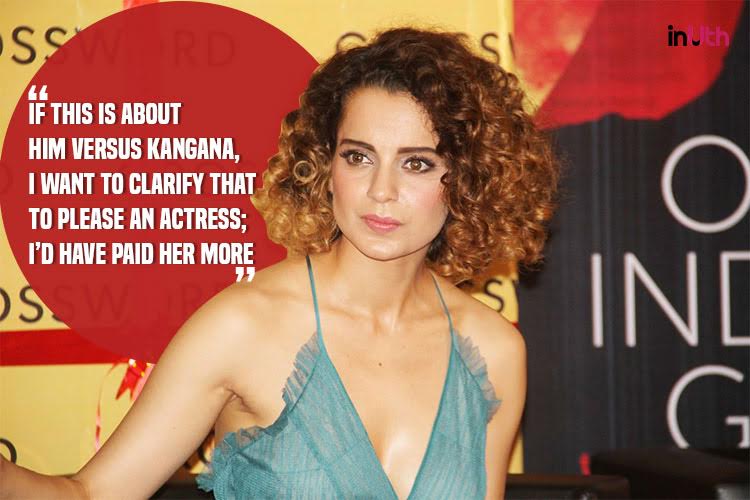 She has also claimed that Apurva had allegedly threatened her when she demanded a writing credit for Simran. She mentioned:

“When we had the conversation about sharing credits, he (Apurva Asrani) lost it completely and drove everyone insane. This incident took place when the nepotism controversy had broken and this man tells me, “Do you really need another controversy?” It was a threat. Basically, he was saying if I don’t shut up, he’ll go ahead and tarnish my image as a ‘trouble-maker’ which is exactly what he has done despite getting the credit!”