Kajol is gearing up for the release of VIP 2 with actor Dhanush. The actress has taken a break from the silver screen for a while, which is exactly how she prefers to work. Kajol is one of those few actresses who settled down and began a family and have always projected immense confidence about her life choices. She married actor Ajay Devgn at the age of 25 when she was at the peak of her career and decided to swerve her attention from films to the family. However, it is important to note that even though she decided to stay away from the limelight, she has remained alive in the news circles for all the good reasons. She has set a good example of how not to embroil oneself in controversies.

In her latest interview with a leading daily, she talked about how her husband, who also happens to be one of the biggest and the most reliable movie stars in the industry, usually is at the receiving end of gossips due to her outspoken behaviour. She was disappointed to know that Ajay bears the beating end of the stick because of how she sometimes casually converses with people at parties sans any ill intent. She said:

Ajay (Devgn) blasts me every other day. I can’t take diplomacy seriously even though it lands my husband in trouble with people in the industry. At parties, he chides me for saying things as is. But believe me, I say things in the nicest of ways with the best of intentions. Fortunately for me, people forgive me a lot. It’s difficult to be diplomatic. I’ll forget what you lied about.

Also read: Ajay Devgn’s Baadshaho all set for a wider release as the distribution rights sold for Rs 42 crore 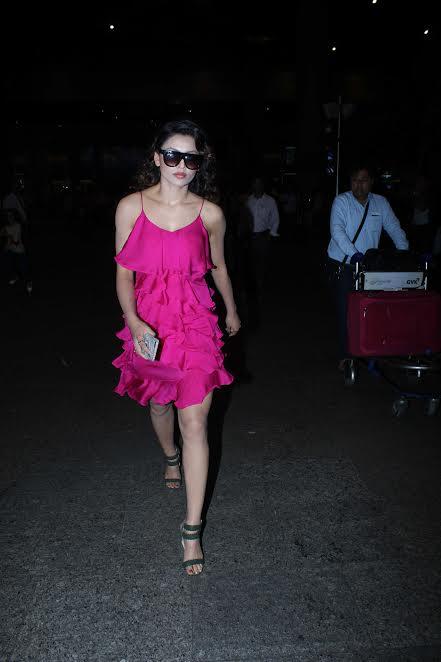 It’s delightful to see stars, especially an actress, talk about something as personal as their relationship with their spouse with such an ease. The fact that Kajol is not guided by the fear of being judged about her relationship with her husband or the people she interacts with, sets her apart from the league Bollywood actresses who wholly invest themselves into projecting perfectness and building a safe PR around them. In fact, this whole airport looks culture is something that is just an extension of them identifying themselves as perfect people. Do we really need that? 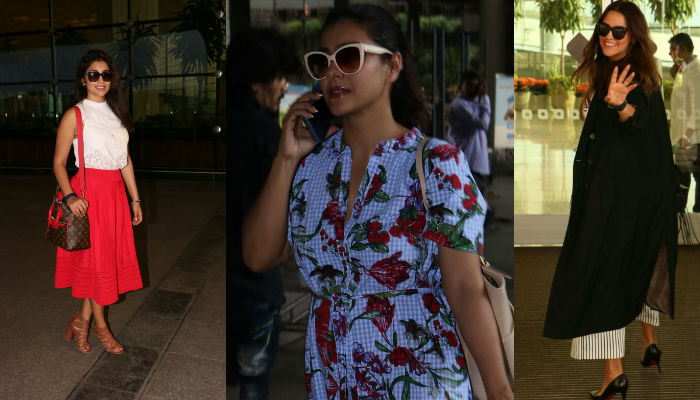 Kajol, again, made a very important point when she talked about how she just can’t warm up to the entire airport looks dilemma. She said she will never walk in heels or go OTT with her appearance while catching a flight or walking out of an airport, and that’s precisely how other actresses should also think like. Kajol said:

I hate airport looks. It’s idiotic. It’s ridiculous to look perfect all the time. I am not walking in heels with perfect lipstick. After long flights, everyone looks like they survived a calamity. It’s fine. Actors have dehumanised themselves. We hold ourselves to these impossible standards because we’ve created them. Looking a certain way is an issue we’ve created. I wear regular stuff, clothes which are comfortable. It’s not airport fashion. It’s what normal people wear. I can’t wear stilettos while travelling. Flats were created for a reason. What is size zero? I don’t understand it. I can’t allow critics to pressure me.

This is something that was bound to end up being discussed in the industry but it had to be somebody as prominent as Kajol to have brought it up. Also, you just can’t stop adoring her with the way she gives out her opinions. Like a boss! Ajay, you are indeed a lucky man!