Judwaa 2 recorded an excellent opening weekend as the film raked in approximately Rs 59 crore in its three days run at the Box Office in India. Despite facing a holiday on Saturday, the film managed to grow on Sunday, which shows the signs of Dhawan’s acceptance among the audience. The film raked in approximately Rs 22.50 crore on its third day, which is an exceptional result for a film starring Varun Dhawan in lead.

Judwaa 2 has fared well across the country right from metropolitan cities like Mumbai and Delhi to Tier 2 cities like Lucknow and Bhopal to out and out mass centres of Bihar and Rajasthan. The nostalgia factor backed up with Varun Dhawan’s star-power has got people to flock to cinema halls and the movie is now certain to emerge yet another hit for Varun Dhawan.

The film is expected to record a strong Monday as the collections would be boosted on account of Gandhi Jayanti holiday in India. The fourth-day collection of Judwaa 2 should be in the range of Rs 17 to 18 crore and the same would take the extended weekend collection of the film to Rs 76 to 77 crore. 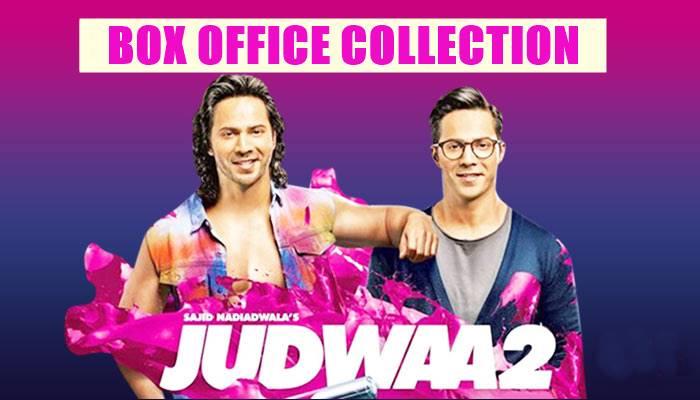 The movie recorded the third biggest opening weekend of the year after those of Tubelight (Rs 64.77 crore) and Raees (Rs 59.83 crore). Judwaa 2 has surpassed the weekend collections of much bigger films like Toilet: Ek Prem Katha, Jolly LLB 2, Kaabil and Jab Harry Met Sejal. The pan India distribution rights of Judwaa 2 were sold for Rs 55 crore and the film would be termed a hit at collections above Rs 120 crore. Given the trend so far, it is sure to emerge a winner.

Even though the film received negative critic reviews, the audience response has worked in favour of the film and ensured a good run at the Box Office.