Akshay Kumar’s Jolly LLB 2 released this Friday and is being highly appreciated not only by the audience but also by film fraternity. The theaters are jam packed and the shows are houseful. Akshay is winning hearts everywhere and his performance is making us fall in love with him all over again.

Directed by Subhash Kapoor, the film is a sequel to Arshad Warsi’s 2013 courtroom comedy drama, Jolly LLB. It is completely different from the prequel, as this time Jagdishwar Mishra is back with a new agenda and a new cause.

In its opening day, the movie did a business of Rs 13.20 crore which a pretty good start for the film.

Jolly LLB 2 has started earning profit from the very first day of its release. The film was made on the budget of Rs 45 crore and it has already recovered the amount from the satellite, digital and music rights.

Apart from Akshay Kumar, the film also stars some amazing actors like Annu Kapoor, Huma Qureshi and Saurabh Shukla in prominent roles. In fact, people are going gaga over Saurabh Shukla’s performance as a judge in the film and have become his fan. Despite being passed by the CBFC, the movie landed itself in legal trouble after a petition was filed in the Bombay High Court saying that the film defames the judiciary. But all was sorted after much-hyped drama and 4 cuts. 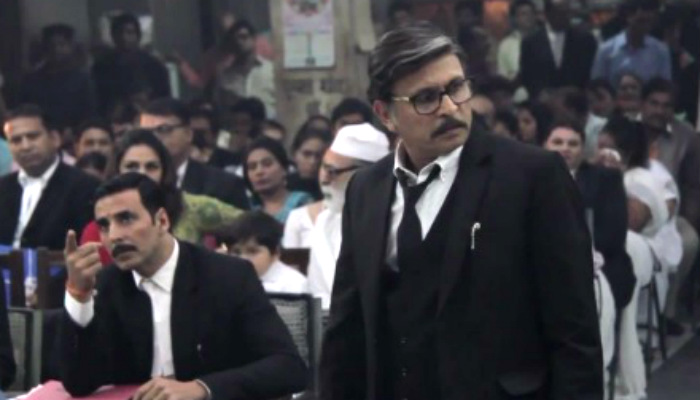 Also read: Jolly LLB 2 critic review: Akshay Kumar film is a full on entertainer and the actor’s best so far

With its first day collections, the movie has surpassed Hrithik Roshan’s Kaabil at the box office but is still far behind Shah Rukh Khan’s Raees.

It would be interesting to see how Jolly LLB 2 performs in the coming weeks.