To be co-produced by Zee Media Productions, Dhadak will be directed by Shashank Khaitan, who had previously helmed Humpty Sharma Ki Dulhania and Badrinath Ki Dulhania. The movie will release on July 6, 2018.

The movie is a Hindi remake of Marathi movie titled Sairat. The poster of the movie has a stark resemblance to the original Marathi movie. Yellow hues take over the poster as Jahnvi and Ishaan lock in an embrace. While Sairat was set in a village in Maharashtra, Dhadak is set in Rajasthan.

Have a look at the released posters of Dhadak and Sairat, to give you a better understanding:

And the poster of Sairat: 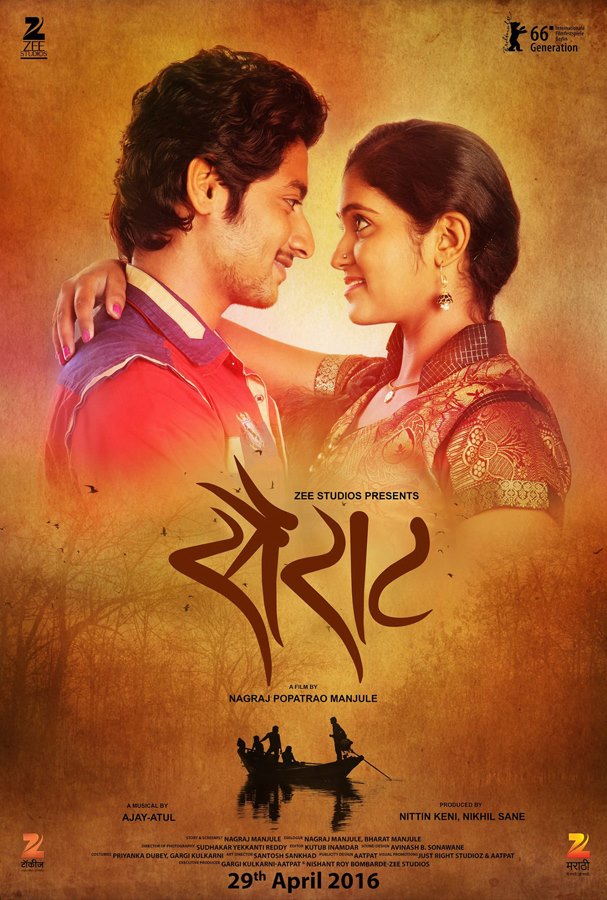 Also read: In love with Jhanvi Kapoor’s sunflower top? Here’s where you can buy it

Before the announcement was made, Karan Johar released a video stating how 5 years ago Dharma family welcomed Alia Bhatt, Sidharth Malhotra, and Varun Dhawan. He added that they are all set to extend the family with two superbly talented actors.

Today is a very special day @DharmaMovies … here’s why … pic.twitter.com/NawUvVF9C9

Expectations would be high from Janhvi and Ishaan. since a lot has been written about their debut for a long time now. When Janhvi’s mother Sridevi was asked about her debut, she had said,

The excitement overrules the nervousness.

Speaking about inevitable comparisons between her daughter and Sara Ali Khan, Sridevi added,

Competition can never be eliminated from this industry. There is nothing wrong with it. It keeps you on your toes, making you work harder. But, the biggest challenge lay in bettering your craft, and faring better than you did the last time.

We just hope both these young stars live up to the expectations.