Shah Rukh Khan’s Jab Harry Met Sejal has faced out right rejection from the audience as the film only raked in approximately Rs 59 crore in its 7-days run at the Box Office. The trade pundits had expected the opening weekend of the film to be around Rs 60 crore, however, the terrible word of mouth hampered the Box Office prospects of the film.

The all India distribution rights of Jab Harry Met Sejal were sold to NH Studios for approximately Rs 72 crore, with the distribution house set to lose around 60% of their investment. The loss to NH Studioz will be in the range of Rs 40 crore. Jab Harry Met Sejal has found a place in the list of biggest flops delivered by Shah Rukh Khan and everyone within the industry is shocked with the way the film has fared.

The Imtiaz Ali directorial is looking to end its run at the Box Office at collections close to Rs 65 crore, which is lower than that of Dear Zindagi which had Shah Rukh Khan feature in a supporting role. 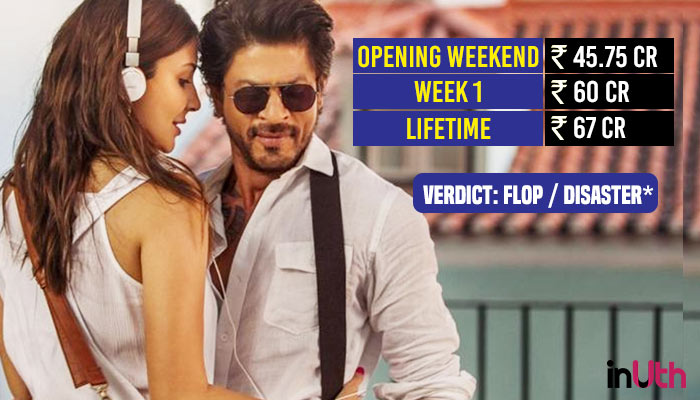 On the other hand, Arjun Kapoor’s Mubarakan has shown a positive trend at the Box Office. The film was steady in its second week and raked in around Rs 13 crore, taking the 14 day total of the comic caper to Rs 48.50 crore. The movie in its third week has grabbed more screens than Jab Harry Met Sejal has in its second week, indicating that a significant section of the viewers has accepted the film’s content.

Mubarakan was off to a poor start at the Box Office as the film collected mere Rs 5 crore on its opening day. The day by day growth and steady trend on the weekdays has helped the film reach a decent number at the Box Office. The film would reap benefit of the Independence Day Holiday in its third week and is looking to end its run at collections close to Rs 60 crore.

The lifetime collections of Mubarakan will be higher than Arjun Kapoor’s last release, Half Girlfriend and if the film shows an exceptional growth in the third weekend, it might as well surpass Jab Harry Met Sejal. 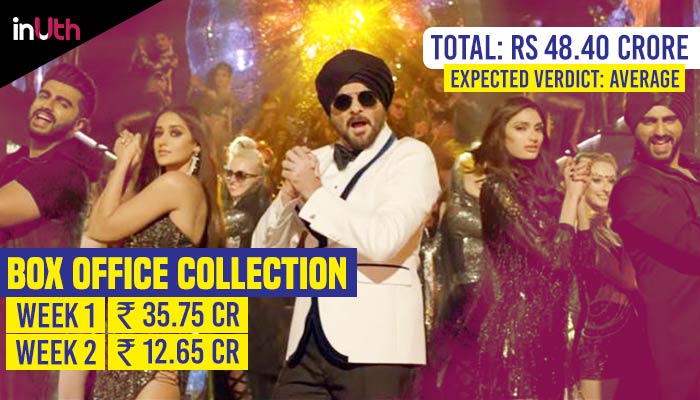