Shah Rukh Khan and Anushka Sharma starrer Jab Harry Met Sejal has finally hit the theatres today, on August 4. Directed by Imtiaz Ali, the film marks the third Bollywood collaboration for both lead stars after their films Jab Tak Hai Jaan and Rab Ne Bana Di Jodi. The film has started to get a positive response from the viewers, as they aren’t holding back words in it’s praise. They not only loved the plot of the film but also showered praise for SRK and Anushka’s performances. The latest release of the Dear Zindagi star also brings back Shah Rukh in his romantic hero avatar after the intense Raees.

Needless to say, SRK has a huge fan following and after watching the film, the fans took to twitter and showered their love for the King of Romance. Sharing his view, one of the twitter users wrote: “Watching Jab Harry Met Sejal with the family, It’s super fun, a very cool movie and it is going to rock the box office.” 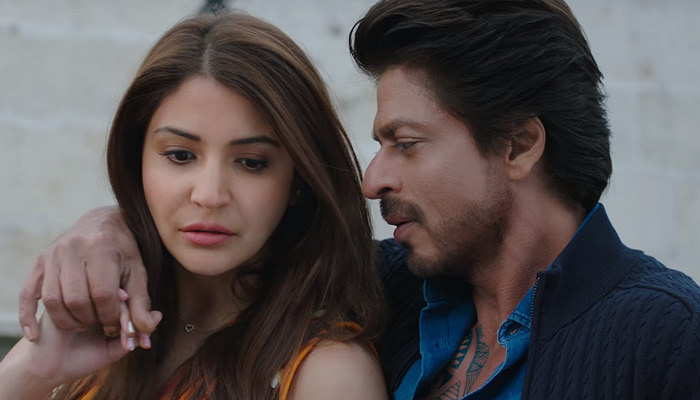 While another user posted: “Jab Harry Met Sejal Entertaining First Half and Second half is a tribute to all girls out there! Shah Rukh Khan’s Charisma is so lovely.”

This is the first time Shah Rukh Khan has collaborated with Imtiaz Ali for a film.

Shah Rukh Khan also has Anand L. Rai’s untitled next in his kitty. The film will see Salman Khan in a guest appearance.

Check out what the audience has to say after watching Shah Rukh Khan’s Jab Harry Met Sejal:

#JabHarryMetSejal Entertaining First Half and Second half is tribute for all girls out there! @iamsrk Charisma is so lovely #jhms

jab harry met sejal is so great. a must see. dont miss it @iamsrk @RedChilliesEnt @AnushkaSharma

watching jab harry met sejal with the family.its super fun.a very cool movie.and it is going to rock the box office.all the best to team

First half done.. One thing I told u best half of this decade of any Srk movie.

Jab Harry met Sejal is a sweet virtual tour of Europe through the eyes of two pretty characters @iamsrk and @AnushkaSharmaGo watch!