Salman Khan and Katrina Kaif might be busy shooting for their upcoming film Tiger Zinda Hai in Austria but back home Iulia Vantur is being trolled by Salman Khan fans. We all know how Salman and Iulia have remained tight-lipped over their relationship status. Though Iulia has been a part of Salman Khan’s family, but the actor has not spoken about it. Some of Salman’s fans have started calling her as Iulia bhabhi. However, with recent developments, several fans are trolling Iulia Vantur.

It is being said that Salman Khan’s rumoured girlfriend Iulia is lately getting a lot of messages from the fans who are giving her a really tough time. And the reason is Salman-Katrina’s Tiger Zinda Hai. The fact that the duo is working together after a long time, this can be one of the prime reason for Salman’s fans to troll Iulia.

However, there have been reports doing the round that Iulia has not joined Salman for the shoot due to health reasons. The unfavourable harsh climatic conditions can take a toll on Iulia’s health and once Salman shoots somewhere else, Iulia might give him a surprise visit. 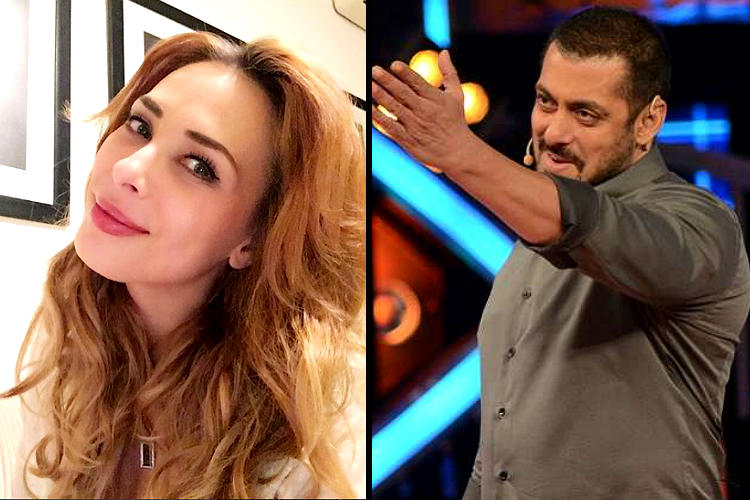 We all know how Salman and Katrina shared a history in the past. They dated each other for quite a long time before calling it quits. Katrina then went on to date Ranbir Kapoor. However, both parted ways last year. Salman on the other hand, has been spotted many times with Romanian beauty Iulia Vantur.

Wonder if Iulia is getting sleepless nights?

Tiger Zinda Hai is the sequel of 2012 blockbuster hit Ek Tha Tiger. While the earlier film was directed by Kabir Khan, this time the movie will be helmed under the guidance of Ali Abbas Zafar who last worked with Salman in Sultan. The movie is touted to be one of the most eagerly awaited films of the year.

Also read: Paresh Rawal comes on board for Tiger Zinda Hai, to work with Salman Khan after 6 years