In the first part of this interview, Aamir Khan spoke about his character in Secret Superstar and revealed why he didn’t take his super-stardom seriously. Mr Perfectionist also revealed that Rajkumar Hirani narrated the script of 3 Idiots to him in a bathroom when he was shooting for Dhobi Ghat.

In the second part of the interview, Khan has spoken about his upcoming films — Thugs of Hindostan, Salute and Mahabharata, and also explained how the concept of stardom evolved from the 1950s to the present. Excerpts:

What was your reaction when yours and Amitabh Bachchan’s look from Thugs of Hindostan got leaked?
Ideally, they should not leak because it is an important film and we would like to present the film and the characters in a particular way. We would still present them the way we want to, but it would have been better had the look not come out. But, you guys click pictures and put it up. There was a time when a very few people had a camera, but in today’s time, everyone has it. So, it becomes difficult to control all the leaks. I remember, my look from PK was also leaked when I was shooting in Rajasthan. We have to deal with it as it is the reality. We try to keep it as secretive as possible. Like, I often meet fans while shooting for the film and they ask for pictures which I usually click as well. But, while shooting for Thugs of Hindostan, I don’t get clicked to keep the intrigue alive. We take all these precautions, but people have hidden cameras.

There were a couple of instances in the past when you were supposed to work with Amitabh Bachchan, but things didn’t materialize. How has it been working with him after such a long wait?
I am really happy that it has finally happened and I am enjoying the process of shooting with him. It has always been a dream to work with Mr Bachchan and I am really having a great time. 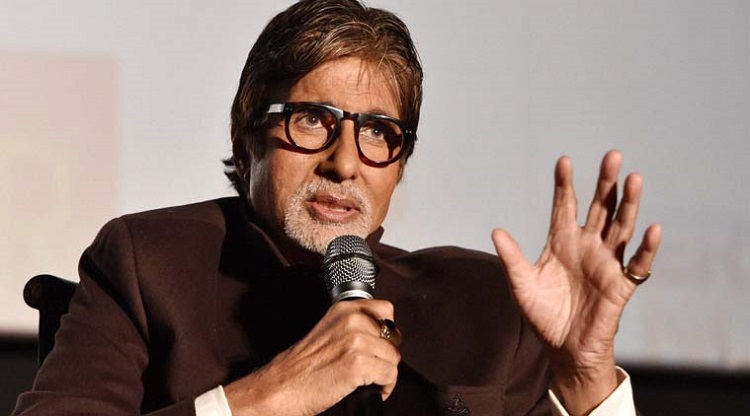 Amitabh Bachchan in Thugs of Hindostan

You have grown up watching Amitabh Bachchan films. Could you share some of the experiences from that era?
It was an amazing experience watching Mr Bachchan in the cinema hall. His aura, his sway over the audience and his powerhouse performances were magical. He had a complete hold on us as an entertainer. We would hang on to every word of his. The magic of Bachchan cannot be recreated as it was a unique thing. He had six to seven films running simultaneously in the theatres. Don, Mukadar Ka Sikandar and Parvarish all released in the same year. It was like a bonanza. He used to clash with himself. That stardom cannot be replicated. We will never get to see that. It will be a different stardom, but not on the lines of stardom experienced by him.

So do you think the definition of stardom is changing with every passing era?
I think so. It is changing. The fabric is changing. At one time, access to a star was very limited. In the 50s and 60s, there was no television as well. The only access you had was when you physically went and stood outside the theatre and he came for the premiere. Either watch him in films or stand outside his house or the cinema hall that was hosting the premiere. There was no other access. Later on, the print media evolved and became another access point. People could read the interviews given by their stars. With the advent of TV, we could hear and see them talk. Now there are so many channels of interaction that the concept of stardom has changed. Now, stars are much more accessible. A lot of them are very communicative; they are right in my pocket. In the earlier days, you had to struggle to get a glimpse of them but now it’s all very easy. The concept of stardom is changing.

How would you define the evolution of stardom from 1988 to 2017, since you have experienced it personally?
Ultimately it boils down to good work. The stars are made through films. When a film is amazing, it gives birth to a star. Even after you become a star, you can never make a hit. I can never claim that a film became successful because of me. If you look at PK or Dangal or 3 Idiots, as a star, the maximum I could do is bring in the first weekend. The weekend collection is my contribution as a star, but as an actor, I contribute a lot more. As an actor, I give my creative aspect to the film as I am performing. But as a star, I only bring in collections for first three days, after that it is the content that does the talking. A big credit for the success of PK, 3 Idiots and Dangal goes to the writer and the director. They are the people who conceived the film. They are people who actually get the credit for the success. If tomorrow a film doesn’t work, then it is director’s failure. Dangal has made me, PK has made me; I have not made PK, Dangal. 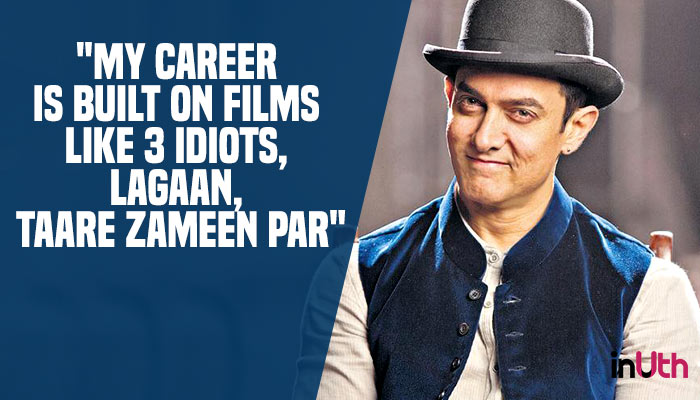 But your presence does add a lot of trust factor in the film…
Let’s take China’s example. Dangal released in China and the second weekend collections of the film were more than the first-weekend collection. So, what I am trying to say is that it is the film that has made me what I am today. I am very clear about this fact and I have no confusion at all. It is the film, it is because of the films that I have done that I am enjoying this sort of fame and success. In fact, it is my good fortune to be a part of these films. Imagine where would I be had I not been a part of Lagaan, 3 Idiots, Taare Zameen Par. My career is built on these films. I have made good choices, but you can’t give me so much credit for merely making these choices.

Do you fear losing out on your stardom?
I actually don’t fear that because I am clear that one day I shall lose it all. There will be a day when I would not have all this, so why be scared? Death is going to come to all of us, so why be scared of that? Creativity is created, it goes through a sustenance period and then finally it gets destroyed. It is the natural process of Brahma, Vishnu, Mahesh. Everything that is created will be destroyed and I will lose all of this definitely. But, what I get scared about is something else. I fear that what if people don’t like the product that we are making. Film-making is a very tiring process and you can go wrong at any point of time. One mistake and the film would not be what you want it to be. The constant fear which keeps me alert is whether what we set out to make is actually being made or not. We should achieve what we were trying to achieve. We should not go wrong in where we are trying to reach.

People have got an alternate medium of entertainment in the form of Netflix and Amazon Prime. How do you see this? Is it a boon or a bane for the industry?
I think that ultimately it is the work that will matter. When you make a good film, people would want to experience it on the big screen. The experience of watching the film on a phone is very different from experiencing it on a TV which in turn is very different from experiencing it on the big screen. There is a huge difference as you have 5.1 Dolby sound and the print is of a certain quality. Cinema is a medium where you are sitting with hundreds of people and enjoying the same thing. You are sharing the moment as you laugh with the entire theatre. 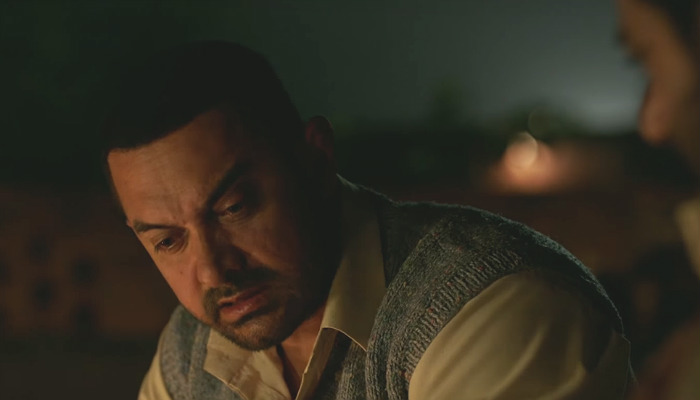 You have often spoken about Mahabharata. When can we see that being made?
That’s a dream. I don’t know when it will get realised. Let’s see.

Are you doing the Rakesh Sharma Biopic?
When I am doing that, I will announce it.