When people see Aamir Khan’s name attached to a film, they expect that film will not only be strong on content but will also be interesting. That’s the kind of trust Mr Perfectionist has built over last 29 years. Known to take up challenging characters, Khan said that he would miss playing the role of Shakti Kumar from his upcoming film Secret Superstar which is slated to release this Diwali.-

In a group interview, Aamir Khan explained why Secret Superstar was a much bigger film than Dangal, revealed the things that kept him motivated and also spoke about the reason why the craze for mainstream commercial films will never die. Take a look at the excerpts:

Tell us something about your character in the film?
Shakti is a music director who is going downhill now. He is very arrogant, full of himself, self-centred and rude to people. He was a very entertaining character for me to play and hopefully, it would be entertaining for people to watch as well.

There are a lot of reports saying that it is inspired by Anu Malik?
No, it is not inspired by anyone. You might get to see a glimpse of various people, but it is not modelled on any one person.

You are known to do a lot of preparation to get into the skin of a character before you start shooting for the film. What keeps you motivated to go through the process time and again?
I started the one film at a time from Lagaan. This is the work I love doing and I don’t have to motivate myself. I think it is great that as an actor I get an opportunity to live so many characters. It helps me change as a person. So, there is no motivation as such to get into the skin of a character, it just comes naturally as for me it’s not work but play.

Also Read: I wanted Aamir Khan to drop Zaira from Dangal and let me launch her, says Secret Superstar director

Do you miss being any of the characters you played in the past?
I am certainly going to miss Shakti Kumar because I got the license to do anything in this film. To be honest, I miss all the characters that I have played. Even PK, it is a fascinating character. Rancho, DJ are all lovely characters.

Post Mangal Pandey, most of the characters you took up involved physical transformation as well. Doesn’t take affect your health?
I am sure it has some impact, but so far I have always felt healthy. Touch-wood, but the transformations have not taken a toll on my health so far.

Looking back at your career, is there any character you think you could have sported a different look had you done it today?
The look of ACP Rathore (in Sarfarosh) would have been slightly different had I done it today. I am not talking about physicality, but about the hair. I think the hair I had back then was too long for a police officer. I tried to keep it as short as I could but that was the time when I couldn’t do one film at a time as producers would not agree. I had to balance between the two looks. Ideally, the character should have shorter hair. We passed it off because he was someone who didn’t want people to know that he is a cop. That’s how we carried it off, but he should have had shorter hair. For example, Talaash was a proper cop look. For Sarfarosh, I would not have gone that short because the character had an aspect of being a civil person. So, it would be shorter hair, but not as hard as Talaash. 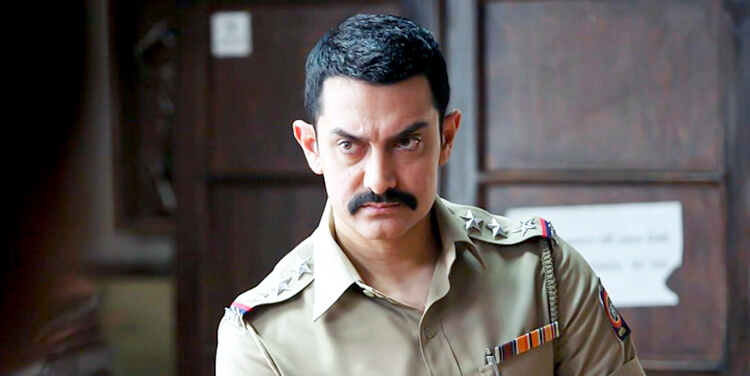 How different is the work environment when you are working with a kid?
The responsibility is more when you are working with a kid. But as far as the work environment is concerned, it is the same as we all want to get the shot right. We want the emotions to hit the right note. The responsibility is greater because you can’t make the children work for a long time. I remember, while shooting for Taare Zameen Par, we had kids break in the middle, his tuition teacher was there on the sets to look after his studies. We can’t make a kid work like an adult.

Do you think the audience in today’s time has started accepting content-driven films over the commercial ones?
Unusual films were made even earlier and they will be made after this as well. This film will succeed only if it is a good film. Just because it’s unusual doesn’t mean that it would succeed. You can make a very bad unusual film. Every film is ultimately judged on its own merit. It’s not as if a big mainstream film would not do well henceforth. A well made mainstream film will always do well. I think Judwaa is doing well very at the Box Office.

In one of your interviews, you said Secret Superstar is a bigger film than Dangal. Could you elaborate?
I am not talking about the Box Office as that is something I don’t enter into. For me, it is a much bigger film than Dangal because it is trying to say something that is much bigger. Both films are about the empowerment of the girl child. The difference is, in Dangal, the lead character is still a man. It is Mahavir’s dream that is being fulfilled. However, Secret Superstar is driven by a female character. It chronicles the story of a 14-year-old girl from Baroda (in Gujarat). There are lakhs of girls from small towns in India with a lot of dreams and aspiration. Dangal spoke to parents, whereas Secret Superstar talks to the youth. So, in this film, the attempt is much larger. In the trailer, you might have seen Shakti Kumar helping the girl, but in reality, the girl uses him. She is a 14-year-old girl who is very spunky. She doesn’t need help from any man. 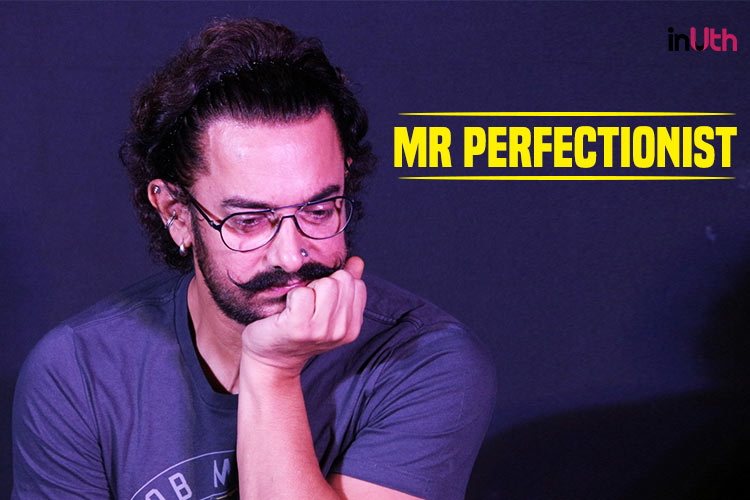 You are probably the only star in the industry who is known to keep test screenings for the films. From when did you start this and how much does it help the film in totality?
I started this from Qayamat Se Qayamat Tak and it helps to a great extent. It is a very important process for me. Many a time, we become very close to the material and we lose objectivity towards what we have made. Showing it to an audience who has no connectivity with film-making helps us understand how our communication is received. If there is some miscommunication, we are able to correct it before the release.

How do you decide the audience to whom the film would be screened?
I tell my manager to get some people to watch the film. We get people from different age groups, different background. Some of them may be housewives, or from some other background who have no connection with the film industry. I am personally present at the test screenings.

Despite being such a huge superstar, how do you manage to keep yourself grounded?
I don’t feel I am a superstar. I feel I am a person, who loves what he is doing. Super-stardom is not something that I take seriously. At times, I have to work a little hard to move out of the way to do things that I want to. Kiran was not casting me in Dobhi Ghat because she felt I am a superstar. She was worried as to how would she shoot on locations. I convinced her and I had to move away from my stardom. If you have seen the film, my house in it is in a very crowded area in Mumbai. So, I went there at 3.30 am in the morning with Advait. In the middle of the night, I went there a day before shooting started. I went into the house and stayed there for three weeks. I just didn’t come out. I remember I met Rajkumar Hirani in that house. He used to sit in the tub and I, in the bathroom. All my meetings had to be there only. That time, Ghajini was due to release and I was preparing for 3 Idiots. My meeting with Murugadoss as well as the marketing team of Ghajini used to take place in the bathroom. If you remember, it was one room and the bathroom. Since Kiran used to shoot in the room, all my meetings used to take place in the bathroom. I could not go to the window as well. The only time when I could go at the window was at the night.

Stay tuned. The second part of our interview with Aamir Khan would be out tomorrow.