The #MeToo movement finally gained momentum in Bollywood after Tanushree Dutta’s sexual harassment allegations against actor Nana Patekar. After a former employee at Phantom Films accused co-founder Vikas Bahl of sexual harassment, Kangana Ranaut too shared her #MeToo story about Bahl’s misconduct. In a recent interview with India Today, Ranuat revealed how Bahl used to “bury his face” in her neck and hold her “really tight and breathe in the smell” of her hair when she had been working with him in 2014.

However, the issue has snowballed with Kangana becoming outraged with Veere Di Wedding actor Sonam Kapoor.

Sonam recently attended the ‘We The Women’ summit held in Bengaluru on October 7. She talked about the #MeToo wave in the film industry and remarked on what happened with Tanushree Dutta. She also commented that the alleged sexual harassment by Vikas Bahl at a 2015 Phantom Films party in Goa was “disgusting” and “gut-wrenching”.

However, reacting to Ranaut’s allegations, Kapoor stated in the summit,

“I think Kangana wrote something, Kangana is obviously Kangana Ranaut, she says a lot of stuff and sometimes it’s hard to take her seriously, but I love the fact that she has spunk and that she says what she believes, and I really respect her for that.”

She further added, “I don’t know him, I don’t know the situation, but if what is written is true then it’s disgusting and it’s awful, they should be completely punished for it.”

Kapoor’s response was not taken well by Ranaut. In an exclusive statement to Pinkvilla, Ranaut replied, “When I am sharing my me too story, who gives her a right to judge me?”

She further added that she is not known because of her dad and has earned her credibility over the years because of her hard work. She further took a dig at the Prem Ratan Dhan Payo actor by stating that “she isn’t known to be a great actress, neither she has the reputation of being a good speaker”. 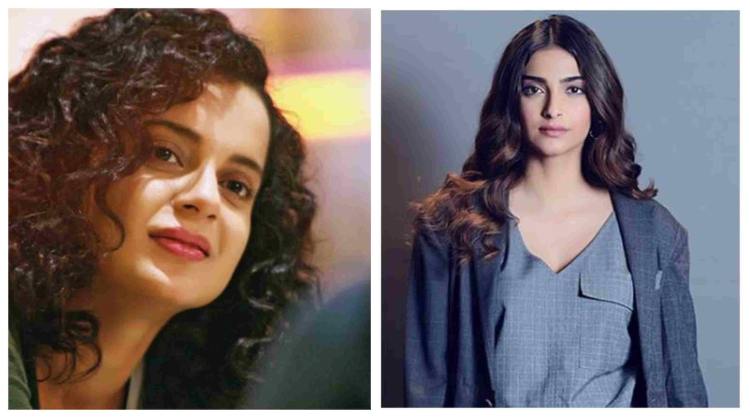 Following the allegations, co-founder Anurag Kashyap parted ways with the filmmaker, leading to the dissolution of Phantom Films. According to reports, Bahl has also been ousted from an Amazon original show. Looks like this taking the shape of India’s Harvey Weinstein/Kevin Spacey moment wherein the producer was dismissed from his own company and the actor expelled from the Netflix show House of Cards, given the allegations.

“What does she mean by saying, ‘it’s hard to believe Kangana’ When I am sharing my me too story, who gives her a right to judge me? So, Sonam Kapoor has the license of trusting some women and some she won’t…What makes her so unsure of my claims, I am known to be an articulate person, I have represented my country in many international summits, I am called as a thought and youth influencer to these summits, I am not known because of my dad I have earned my place and credibility after struggling for a decade. She isn’t known to be a great actress, neither she has the reputation of being a good speaker… What gives these filmy people right to take digs at me! I will demolish each one of them.”