Addressing the audience at the Pune International Film Festival (PIFF), director Ramesh Sippy shared his run-in with the Censor Board before the release of his iconic movie, Sholay (1975). With the recent debate around censorship in Bollywood, Sippy told the audience how he had to change the climax of Sholay, 43 years ago because the Censor Board didn’t like it.

We all remember the closing scenes of Sholay when Jai (Amitabh Bachchan) dies in the arms of Veeru (Dharmendra), while Gabbar goes into hiding. Veeru finds Gabbar and wants to kill him but Thakur (Sanjeev Kumar) stops him. Seeking revenge, Thakur injures Gabbar’s hands with his feet but soon police arrives and arrests the dacoit.

Turns out, Sippy had shot a different end for his film. 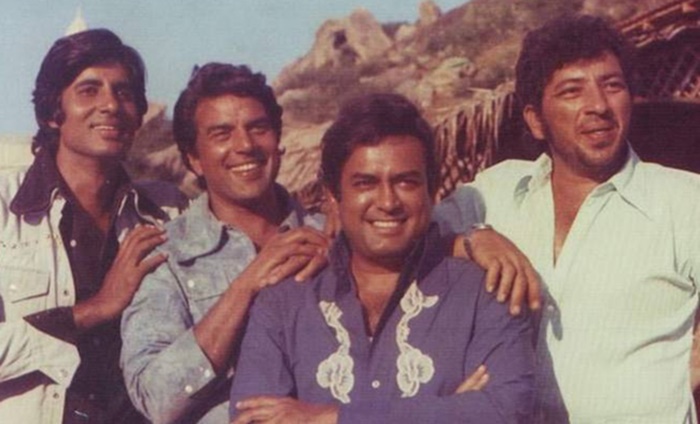 Sippy revealed the details during an audience interaction session at PIFF while he was being interviewed by theatre and film director, Jabbar Patel. Sippy said:

“I had shot a different ending for Sholay, where Gabbar is killed by Thakur. But they (the Censor Board), didn’t allow that. They were not happy about Thakur killing Gabbar with his feet. I was also caught in a sticky situation… how else would Thakur kill him? He couldn’t have used a gun since he had no arms. They were also unhappy about too much violence… they said ‘you have to change the end’. I wasn’t happy, but I did that.”

Talking about the content of Bollywood movies being produced today, the director said:

“I don’t agree with those who say today’s films lack good content. There are many directors who are making excellent films… take Rajkumar Hirani for example. Today’s youngsters have a lot more exposure than we did… technology has advanced and it’s helping filmmakers.”

At the film festival, Sippy was awarded with ‘The PIFF Distinguished Personality Award’ for his contribution to cinema for over 50 years. Apart from Sholay, Sippy is known for directing blockbuster movies like Seeta Aur Geeta (1972), Shaan (1980) and Shakti (1982), among others.