“I am really happy that Dangal is getting appreciated in China and all over the world. I don’t think we should compare two films. Baahubali 2 is a very successful film. I haven’t watched it yet but I am hearing a lot of good stuff about it from everyone around me. I would like to congratulate Rajamouli and his entire team,” Aamir said here on Wednesday.

“I feel we shouldn’t make a comparison between Dangal and Baahubali 2 because both films are good in their own space and above all both films are Indian films which are making its mark all over the world. I am very proud of Baahubali as well,” he added on the sidelines of the grand premiere of Sachin Tendulkar’s Sachin: A Billion Dreams. 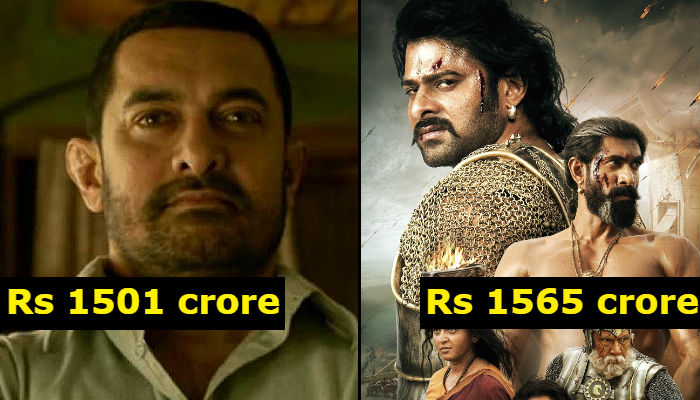 Dangal got a new lease of life after it released in China a few weeks ago. Aamir was a popular Bollywood face in China thanks to the success of 3 Idiots and PK.

A thought to Aamir Khan’s statements and it is hard to not agree with him. Both Dangal and Baahubali 2 are from completely different genres. While Dangal was a sports drama that spoke about a man’s struggle to make his daughters world class wrestlers, Baahubali: The Conclusion, was the story of a fictional city Mahishmati. Well, both the movies have definitely made Indian cinema proud and we are really happy about it.