Jab Harry Met Sejal‘s new song Hawayein has quickly become the one number people are listening on loop. Featuring Shah Rukh Khan and Anushka Sharma, the song has been sung by Arijit Singh. The singer’s magical voice coupled with SRK’s charm has made the song amazing. So much so that Hawayein became the most streamed song in just 24 hours. Composer Pritam said he did not imagine the song would get such a reception and is thankful to everyone.

“When we released the song, I didn’t know it would become so huge so quickly. Before I even knew it, I was told that it had crossed these massive numbers. I am extremely happy. Thank you for all the love,” Pritam told an agency. In mere 24 hours, Hawayein was viewed 9,808,829 times on YouTube.

“This is a never-heard-before phenomenon and we are delighted we were able to achieve it. This song was a blockbuster on-arrival and the beautiful lyrics and the melody stays with you long after you are done listening. We are extremely proud of what we have been able to achieve. It’s a team effort,” said Marketing Director at Sony Music India. 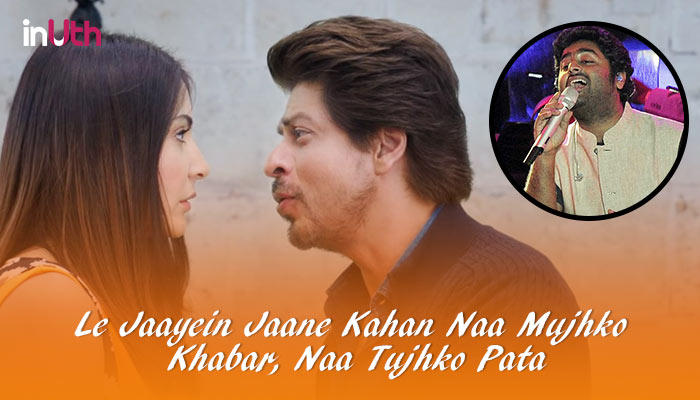 Shot in the picturesque location of Europe, the song depicts the feeling of Harry (Shah Rukh Khan) towards Sejal (Anushka Sharma). This Imtiaz Ali directorial is the story of these completely different personalities who run into each other. Tour guide Harry helps Gujarati girl Sejal find her engagement ring, and in the journey, they fall in love. What happens next in this unusual love story is the crux of the story.

The news of #Hawaayein being the most streamed song in first 24hrs got me all
Video shot & choregraphed by Herry from JHMS @iamsrk pic.twitter.com/ATJqvKypZx

The mood of the film is perfectly set by this song and it is left to be seen how well the film performs at the Box Office. Jab Harry Met Sejal will release on August 4.