It is Bhaijaan Salman Khan’s birthday today and not only his fans, but people from the industry have also flooded the social media with birthday wishes. Salman celebrated his birthday with close friends and family at his Panvel farmhouse last night and it was a starry affair. The pictures of the grand celebration were shared on the internet and stars in attendance were Bipasha Basu, Remo D Souza, Kabir Khan, Mini Mathur, Daisy Shah, Sangeeta Bijlani, etc. And his close friend Shah Rukh Khan was not able to attend the party as he was not in Mumbai.

The pictures of the grand celebration were shared on the internet and stars who attended were Bipasha Basu, Remo D Souza, Kabir Khan, Mini Mathur, Daisy Shah, Sangeeta Bijlani, etc. His close friend Shah Rukh Khan was not able to attend the party as he was not in Mumbai.

It was also being said that the actor’s rumoured girlfriend Iulia Vantur prepared a special performance for his birthday. Though we are not quite sure about the performance, but Iulia was seen with Salman in many of the pictures from the celebration. 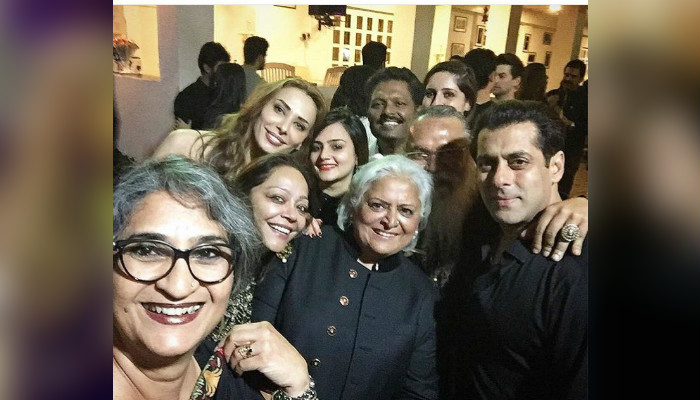 Also read: No matter how much you hate Salman Khan, he is still the most popular Bollywood star on earth 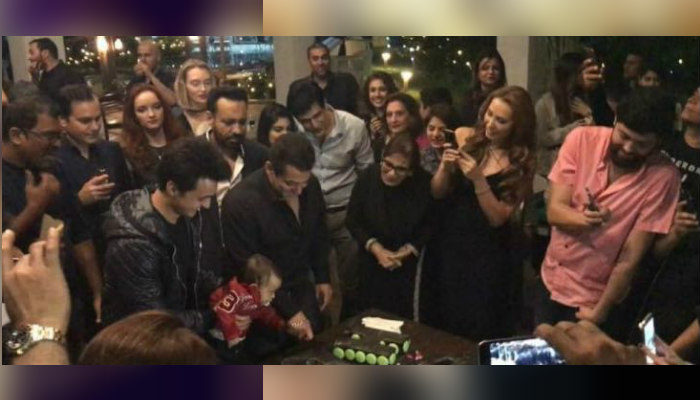 In fact, Salman himself posted a picture on social media in which he can be seen cutting his birthday cake along with nephew Ahil. 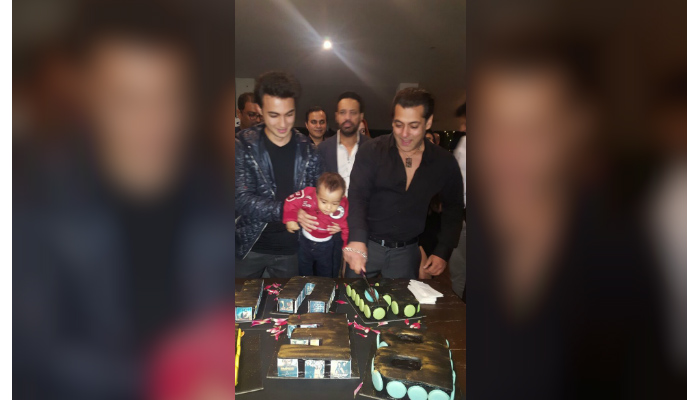 On his big day, the actor also decided to make it even more special and launched Being Human fashion jewellery and Being In Touch app to stay connected with his fans and well-wishers every time. Salman on Tuesday took to Twitter and wrote:

Salman Khan, who turned 51 on December 27, is one person who is always ready to help his co-actors and friends professionally as well as personally. He is someone who is always looked upon and as he turns a year older today, here’s what our celebs wished for the Dabangg Khan on his birthday:

Only actor who is loved for his onscreen & offscreen life equally. A complete Human Being. Love u @BeingSalmanKhan #HappyBirthdaySalmanKhan pic.twitter.com/uXzam527gP

Happy birthday to the most amazing person @SohailKhan … thanxx big bro @BeingSalmanKhan for such an amazing party..gm good night pic.twitter.com/IkqZy5FxsQ

Happiest birthday Salman sir! May you have the most amazing day and year!!! Thank u for being the person you are @BeingSalmanKhan

And you always remember when someone stands by u wen u are new!! Thanx @BeingSalmanKhan fr being t gracious u! N happy happy bday

Happy Birthday Salman! #BeingHuman is not just a slogan for you, it’s your nature. You’re all heart @BeingSalmanKhan! Long life! https://t.co/J8g0AWXsVb

On beingsalmankhan ‘s b’day a #happydance is a must Love u rockstar! Stay the wonderful person… https://t.co/RYuJ7o2r1n