Trailer of Guest iin London, a sequel to 2010 comedy Atithi Tum Kab Jaoge, is out. Starring Paresh Rawal, Kartik Aryan, Tanvi Azmi and Kriti Kharbanda, the film is slated to release on June 16. Just like the earlier installment which featured Ajay Devgn and Konkona Sen Sharma, Paresh Rawal plays the atithi (guest) in this version too.

The concept of Guest iin London seems same as Atithi Tum Kab Jaoge. It’s a story of a young couple living in London and how their lives turn upside down when distant relatives from India come visiting them without any prior notice. Relatives, played by Paresh Rawal and Tanvi Azmi, create chaos in the lives of the young couple and the entire comedy has been weaved around that premise. The film also features Sanjay Mishra, who plays the role of a Pakistani neighbour. In fact, there’s an interesting dialogue in the trailer where Paresh Rawal asks Sanjay Mishra ‘Pakistani ho?’ and Mishra says ‘Haan, tumhe kaise pata laga?‘, to which Paresh replies ‘Harkaton se.’

The film has been written and directed by Ashwni Dhir who also wrote the previous film. Guest Iin London is produced by Ajay Devgn aide Kumar Mangat Pathak and Abhishek Pathak.

Also read: Paresh Rawal comes on board for Tiger Zinda Hai, to work with Salman Khan after 6 years 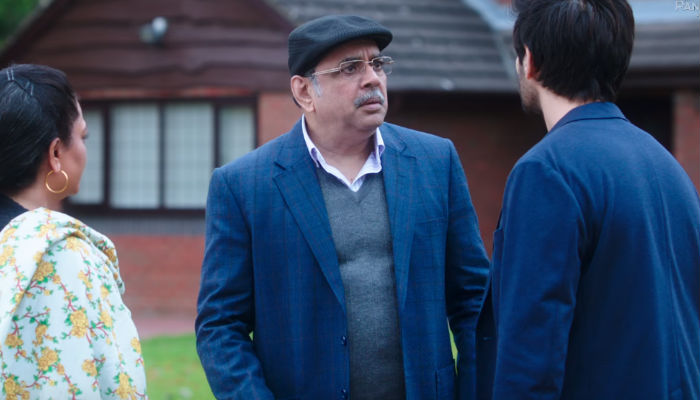 From the looks of it, the film appears like a light-hearted comedy with a message. Kartik Aryan, who plays the male lead in the film was last seen in Pyaar Ka Punchnama 2 in 2015, while Kriti was seen opposite Emraan Hashmi in Raaz: Reboot.