Shooting for the film fourth instalment of Golmaal has started. Actors Arshad Warsi, Kunal Kemmu, Neil Nitin Mukesh and Parineeti Chopra are looking forward to the fun. The actors of the Rohit Shetty directorial shared an image of clapboards of all four instalments of the popular Bollywood franchise lined up. Actors Neil Nitin Mukesh, Arshad Warsi, Kunal Kemmu and Parineeti Chopra took to Twitter to share their excitement.

The earlier three instalments of the film featured Ajay Devgn, Arshad, Tushar Kapoor and Mukesh Tiwari as constants. Actors like Shreyas Talpade, Kareena Kapoor Khan, Ashwini Kalsekar have also been a part of the films.

This is the first time that Parineeti will be a part of the film after many speculations about it. When Parineeti was brought on board for the film, she shared the excitement on Twitter saying she was glad to be part of ‘crazy family’. 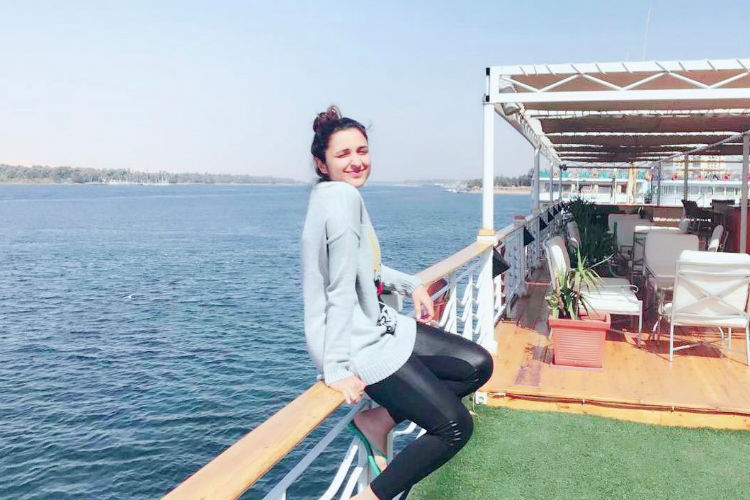 Talking about the fourth instalment of the hit project, Rohit has said that he and the entire team is looking forward to it. However, Rohit had also once confessed that the second movie was a ‘crap’ one. Rohit said the story of the film was poor, something which many critics had said about it. Golmaal Returns featured Kareena Kapoor and Amrita Arora in pivotal roles.

Golmaal 1,2,3 and now 4!! CMON LETS DO THISSS!! The madness begins todayclaps for the last 4 filmssss pic.twitter.com/v5GUd2iUXN

Now that the shooting of Golmaal 4  has started, we really hope Rohit Shetty and team come up with interesting content this time. The film is slated to release on 6 October.