If one is active on social media, Diljit Dosanjh’s obsession with Kylie Jenner will be hard to miss. Dosanjh, who rose to fame after his role in Udta Punjab, regularly comments on Jenner’s social media posts, which ensures the Punjabi pop star remains in the news.

Of course, Jenner, the American reality TV personality and supermodel, doesn’t acknowledge his incessant fanboying. But, Diljit has decided to write songs for her (because everything is fair when it’s googly-eyed pyaar).

Confessing that he does this because he wants to keep his fans entertained, he said:

I comment in Punjabi, so that she doesn’t reply. My people should have fun that’s it.

In an interview with Mumbai Mirror, Diljit said:

I have made a song which has references to Kylie, it releases in January.

Being totally unapologetic about his ‘unrequited love’ for 20-year-old Kylie, Diljit took to Twitter:

So when did it all start? Almost two years ago (when she was a minor, by the way)

In an interview with Film Companion, Diljit proved it’s safe to call him the biggest fan of the Kardashian family because he had been following them closely. Instead of talking about his first Bollywood movie, Udta Punjab, his career or stardom, Dosanjh used the platform to ask Kanye West and Kim Kardashian for a pair of Yeezy 350s – limited edition shoes for which West had collaborated with Adidas. 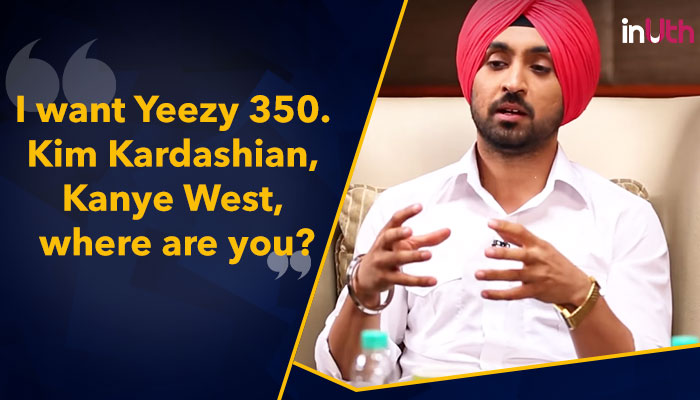 As time passed, it became evident that Diljit’s “obsession” with Kylie was on a completely different level. On an intimate picture of Kylie and her former boyfriend Tyga, Diljit acted as a jilted lover and commented in Punjabi, saying, ‘Fittey Mu’ (What is this?). Classic case of ek tarfa pyaar (one-sided love). 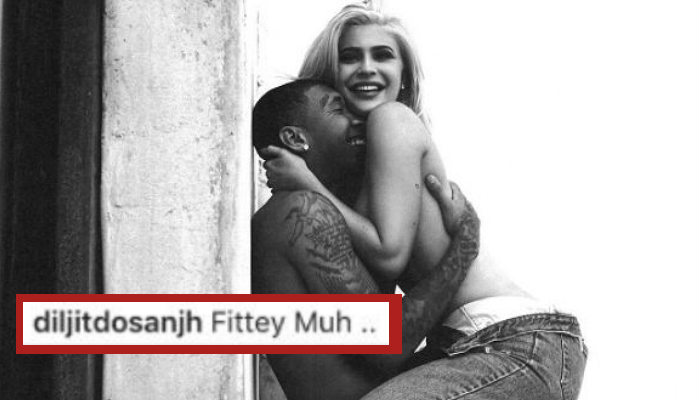 So, obviously, Jenner did not pay attention to our desi munda. However, close to home, Dosanjh was successful in achieving what he wanted, he definitely made headlines, with tabloids writing extensively about his love.

Riding on this success, Diljit decided to take it up a notch. He started commenting on Kim Kardashian (Jenner’s step-sister) live sessions, like a clingy fan. Here, too, he was “looking” for Kylie, saying Kylie Kithe Ha? (Where is Kylie?) 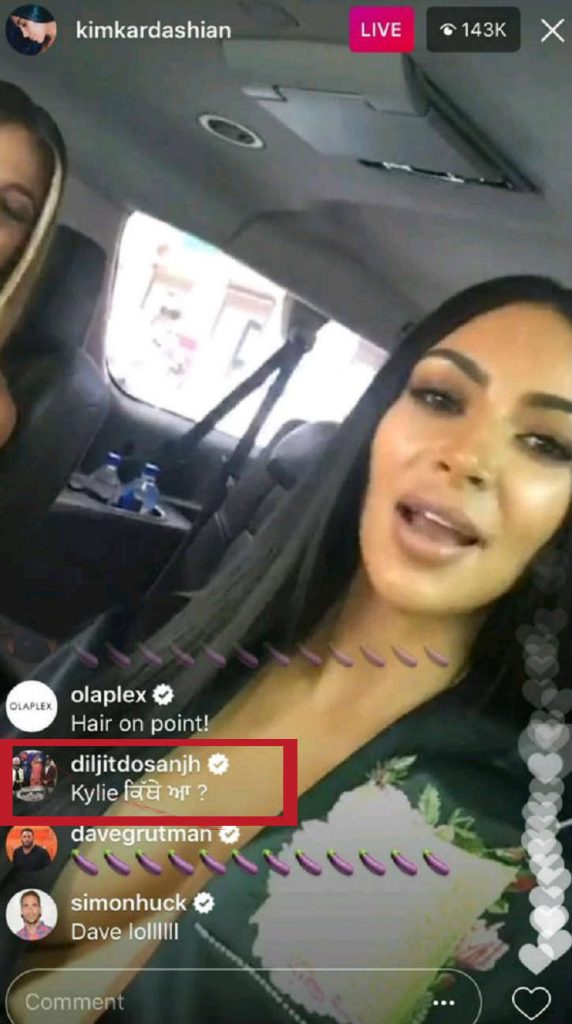 But, what made the masses believe that Diljit is head over heels for Kylie was when he claimed that his song ‘Do You Know?’, which released in 2016 was dedicated to Jenner. The song focussed on Diljit’s unrequited love for a woman, for whom he left his pind (village), and wanted her to realise it.

After the song’s release, he did this:

When people started asking Dosanjh if the song was about Kylie, he did not hide his feelings.

In a concert in Birmingham, earlier this year, Diljit used Kylie’s name and said lips like her doesn’t ensure attention.

Now, Diljit is asked a lot of questions only about his wide-eyed obsession with Jenner. In an interview, he said:

When I see her, I feel like I really know her. I feel good after seeing her (photographs).

When Kylie announced her pregnancy, Diljit’s fans started worrying about him, but he calmed his followers saying he was fine.

In fact, Dosanjh in one of the pics ‘apologized’ to Jenner for taking time off from stalking her profile and wished her good luck in life. 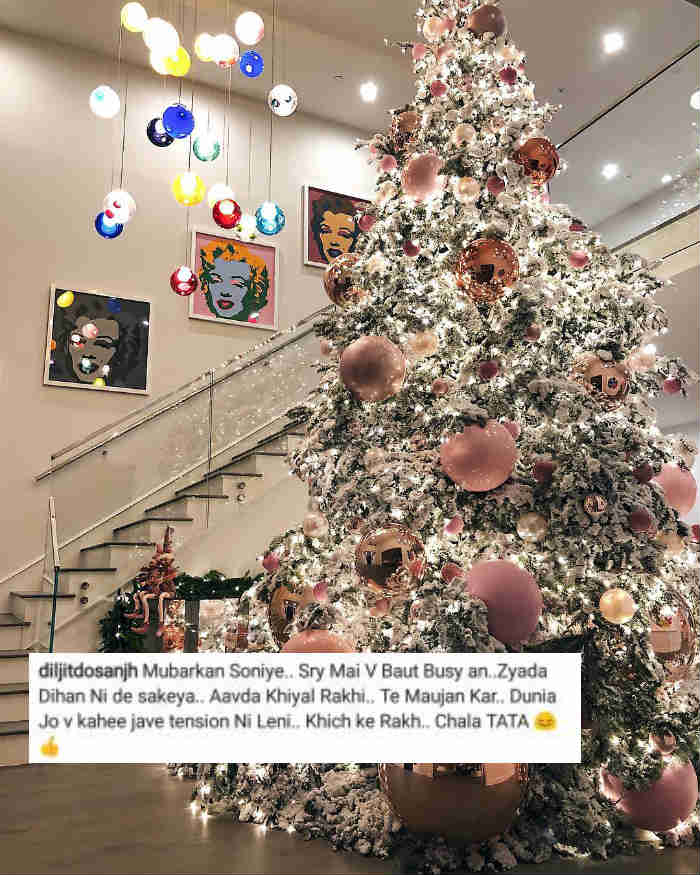 Here’s hoping that 2018 gives us a whole lot of new music and films from Dosanjh. Oh, and a reply from Kylie for him as well.