Katrina Kaif, who is gearing up for the release of her next Jagga Jasoos, opposite Ranbir Kapoor says she doesn’t want to collaborate with the actor for any upcoming films. Both Ranbir and Katrina are on a promotional spree for the film together. It was reported that the two have refused to promote the film together citing their breakup. However, they put all the speculations at rest while arriving together for the launch of their song,  Ullu Ka Pattha.

Now, the latest buzz has it that during an event of late, when the Baar Baar Dekho actress was asked to comment if she would work with Ranbir in future, Katrina didn’t say yes. She said: “It’s very difficult. People now have proof that he is a very trying and testing person. Ranbir has also gestured [to me] to not work on a film together. It will never happen again.”

In another behind the scenes video from Jagga Jasoos, the actress, who is also an incredible dancer was seen claiming that she ‘had to sacrifice herself to let Ranbir shine.’ She said: “When you are dancing with novices, the key is you have to try and slow it down and support them. So I am slowing it down as much as I can so that Jagga (Ranbir Kapoor) can keep up with me.” 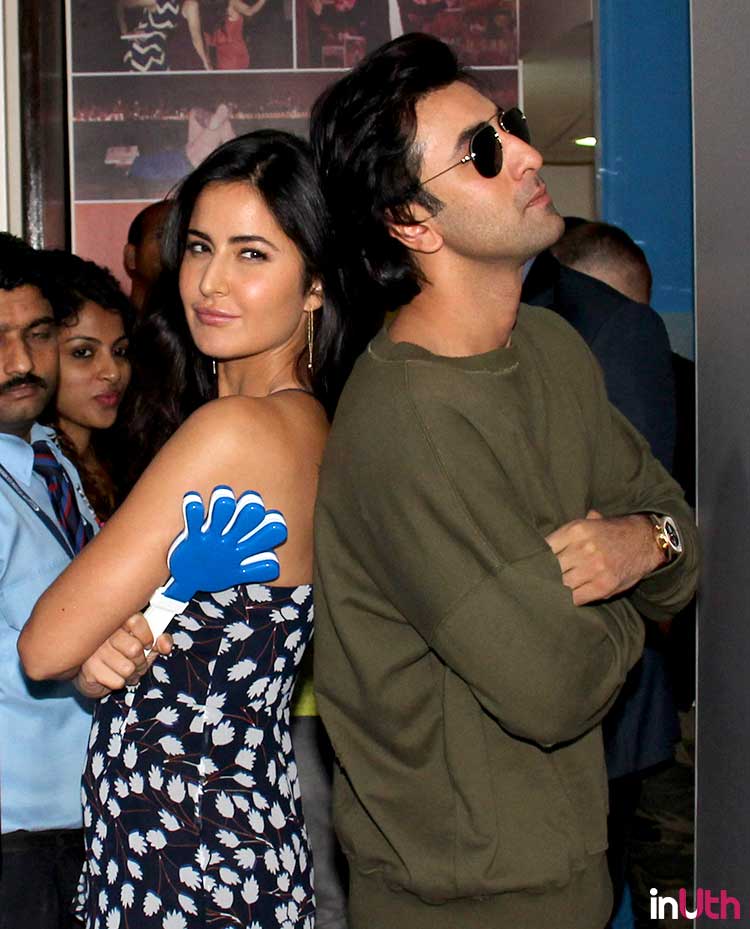