It’s not easy for anyone to even think of making it big in the film industry. Struggle to start with, many often come back to where they started because of the constant challenge of being consistent in his or her work. While a few choose to strategise that mark with the help of good looks, a few totally depend on their talent of acting. One actor who has finally made the cut is Sahil Vaid. We know him as ‘Somdev’ from Badrinath Ki Dulhania or ‘Poplu’ from Humpty Sharma Ki Dulhania.

The Shashank Khaitan directorial featuring Varun Dhawan and Alia Bhatt is a hit. The film, which was a big Holi release this year, has garnered mixed reactions. From being a love story that Bollywood was in dire need of to treating the issues of dowry and gender discrimination in India sensibly, Badrinath Ki Dulhania has tried to bring a fine concoction of hardcore commercial cinema with a thought. And an actor who has shined like gold in this colourful romantic drama is Sahil aka the best buddy of Badrinath Bansal in the film.

Just before a few days from the release of the film, Sahil visited his house in Delhi, which he calls his father’s house. His father passed away an year back and Sahil says that whatever passion he has for acting today is because he learned that ‘never-give-up’ attitude from his late father and nana (maternal grandfather). After doing theatres in Delhi, the actor is confident about the talent that he has polished so far and is still nurturing. He is also thankful to Shashank for giving him so much screen space to explore and prove his mettle. Yet, he says, he is waiting for the day when people will go berserk to just have a glimpse of him. 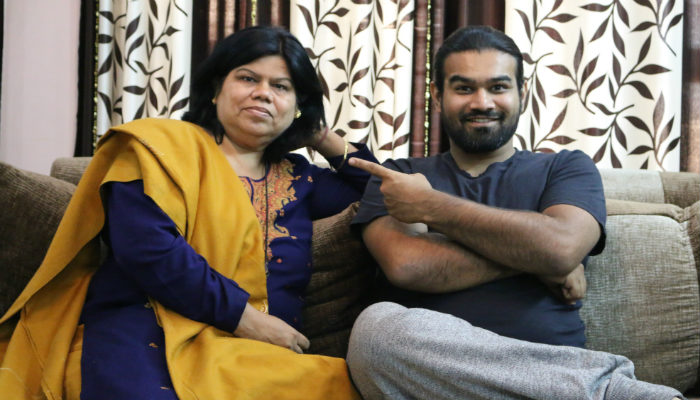 Talking to him made me realise the new warmth he has developed for being close his mother. His mother, who is a housewife, wants to see her son giving interviews to media and autographs to fans—all that you imagine a quintessential popular Bollywood actor doing. But, Sahil has his feet on the ground. He says he wants to do good work and has not categorised his talent in terms of roles. For him, that feeling of working with veteran actor Naseeruddin Shah on stage is the greatest so far.

Sahil is unlike his quirky character, Somdev in Badrinath Ki Dulhania. Having a long conversation with him at his place in Delhi’s Tilak Nagar enlightened me a lot about how it feels to be analysing our own growth curve. Sahil says he always wanted to be an actor. But, how could one even gauge what being an actor means at the age of six or seven? He told me that he had once played the role of Subhash Chandra Bose when he was in school and that was his first kick of being an actor. I got convinced. He joined theatres in college and left for Mumbai despite his family not being really sure of what he was up to. He said: 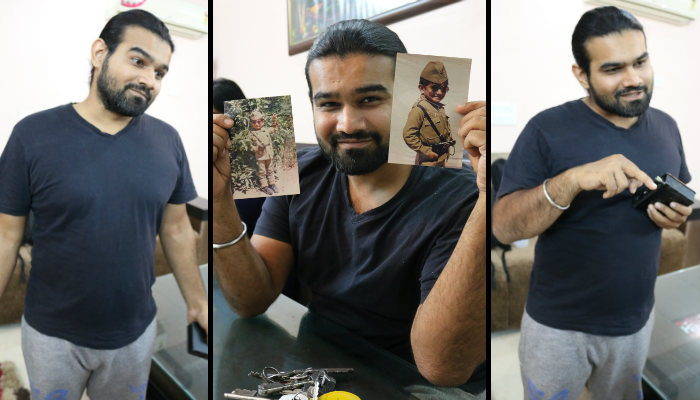 My father and everybody resisted. I didn’t mind because that’s how Indian middle-class families are. They are fine with you as long as you are doing theatres in school and college. But, the moment you tell them you want to take it up as your profession, there comes a lot of tension. That happened with me, too. Though after seeing how confident I was, my father once came to me and said do whatever, just ensure that you are ‘paying your bills’.

Sahil also says that even though he had come to Mumbai to struggle, he didn’t really have an idea what was it going to be like until he once called his father for money.

I called up my dad and asked him to transfer me some money. He said ‘I have 700 rupees but I will send you 400. Is that enough?’ That moment I felt like somebody has lifted me up and thrown me on the floor. I never thought that we could even run out of money. I was like, ‘how can this happen’. That was reality check. It made me take my life seriously. It brought a terrific change in me. 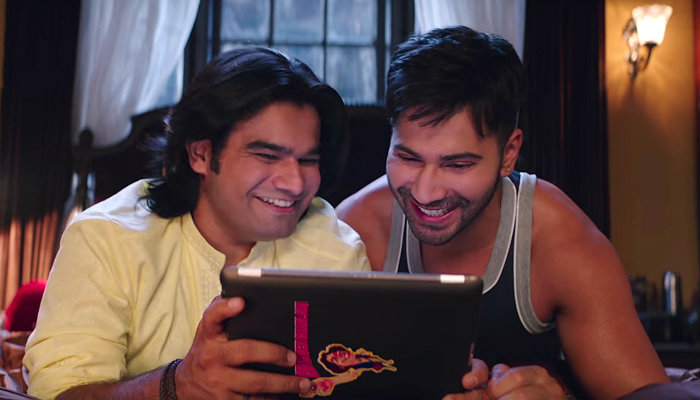 But, is he now satisfied with how Badrinath Ki Dulhania brought him in the limelight. Sahil says he never wants to get satisfied. For him, working hard and not looking back to see how good his previous work was, is the mantra. He is also very open to keep learning all the time. A fat, desi Somdev, who can’t even pronounce ‘molestation’ on screen, Sahil Vaid is somebody who has immense knowledge of gadgets and performing arts. Quite humorously, a filmmaker friend praised his work in the film and told me that “he has actually got more screen space than Alia Bhatt in the film.” And, as it turns out, he has taken full advantage of that. Sahil has left no stone unturned to let his work speak in Badrinath Ki Dulhania. 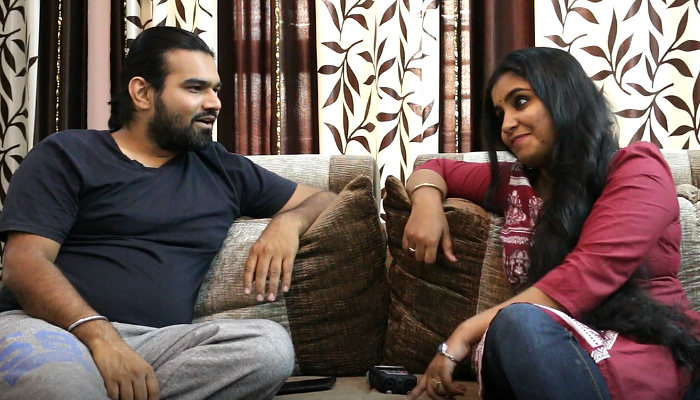 Holding his mother’s hand, he quite confidently ended the conversation with me and said: “film aane toh do tum, you’ll get to know what have I done in it.’

Sahil, you have done tremendous work in the film. Keep this spirit up.