After breaking all the Box Office records and creating many news ones, Aamir Khan’s Dangal is in competition with itself. Recently, Dangal became the first film to cross Rs. 350 crore mark and also emerged as the highest grossing Hindi movie ever.

In week 3 of its release, Dangal minted an amount of Rs 6.66 crore on Friday, Rs 10.80 crore on Saturday and Rs 14.33 crore on Sunday, making a total of Rs 345.30 crore. Undoubtedly, the movie is reaching new heights with every passing day.

His films Ghajini, 3 Idiots, PK and Dangal are the first to cross Rs 100 crore, Rs 200 crore, Rs 300 crore and Rs 350 crore mark respectively. And since Dangal is on a record breaking spree, it will be interesting to see what all surprises the movie has in stock for us.

While Dangal is showing no signs of slowing down at the Box Office even on day 18 of its release, this movie is a great piece of work and has also made it to the curriculum of some J&K schools as a part of ‘Beti Bachao Beti Padhao’ initiative. 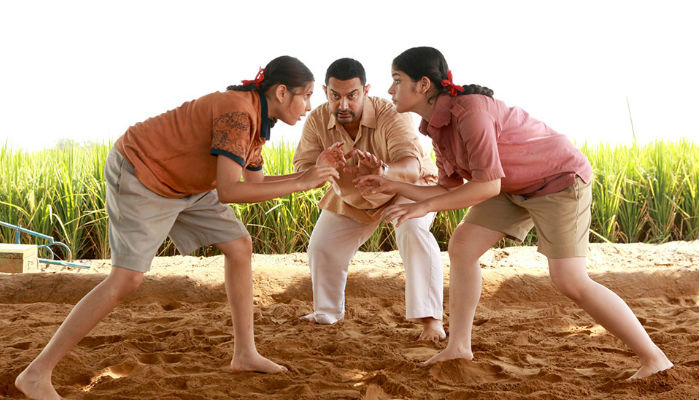 A still from Dangal

Trade analyst Taran Adarsh took to Twitter and said that Dangal has not only made its mark domestically but also overseas. He wrote: