A new picture of Ranbir Kapoor from the sets of Jagga Jasoos has surfaced on the web and the actor looks completely unrecognisable. In this Anurag Basu directorial, Ranbir has donned many looks. The trailer of the film which was released a few months ago showed that Ranbir will be seen in different avatars. Now, the new picture that has been doing rounds of social media features Ranbir in the uniform of a boy scout.

Ranbir’s expressions in the picture are quite intriguing. Reports have it that, Ranbir plays the role of a son who goes on a path to search for his father. The film also features Ranbir’s former girlfriend in the lead.

Also Read: Photos: Ranbir Kapoor thanks Gauri Khan for his ‘first home’ with this heartfelt note

Jagga Jasoos has been in news for its delay in the release for many times and now finally it is scheduled to hit the screen on May 12. Produced by Disney, the film is said to be a very different watching experience for Ranbir Kapoor and Katrina Kaif’s fans. In the film, both will be seen in a never before seen avatar. 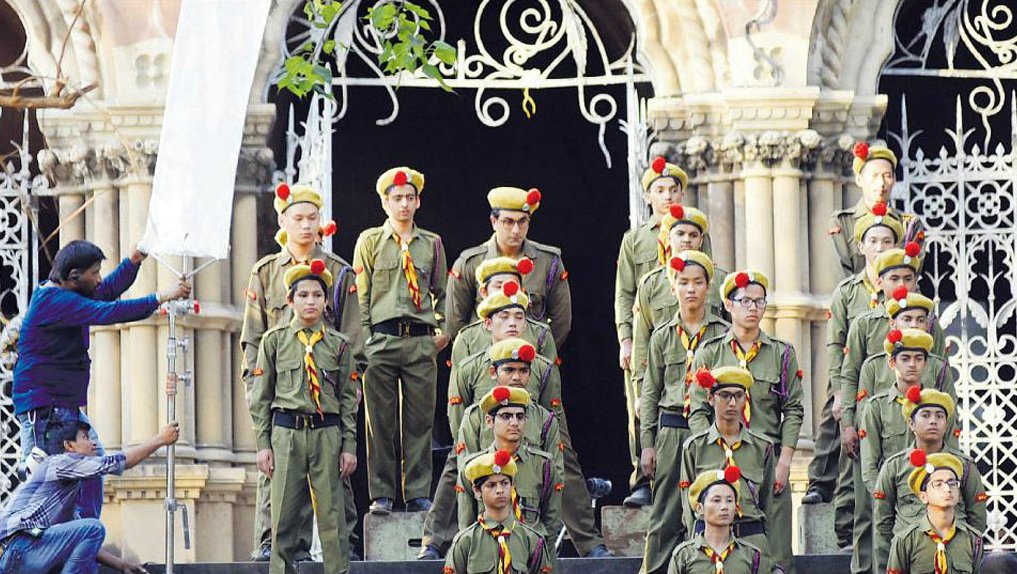 As of now, Ranbir Kapoor is busy with his next film a biopic on Bollywood actor Sanjay Dutt, in which he is essaying Sanjay Dutt on-screen. Reportedly, the film also stars Sonam Kapoor, Anushka Sharma in key roles.