It has been almost three months since Ranbir Kapoor moved into his new house, but he still cannot stop thanking the interior designer to make it feel like ‘home,’ and she’s none other than the Begum of B-Town Gauri Khan. Celebrated interior designer Gauri Khan took to Instagram and shared a snap of Ranbir’s ‘thank you’ note saying “it was amazing collaborating with you.”

The note read, “It has been a very inspiring and enjoyable experience working with Gauri. I didn’t know what to expect in putting my first home together but working with Gauri was amazing because, in an instance, everything was so personal and to my taste.” 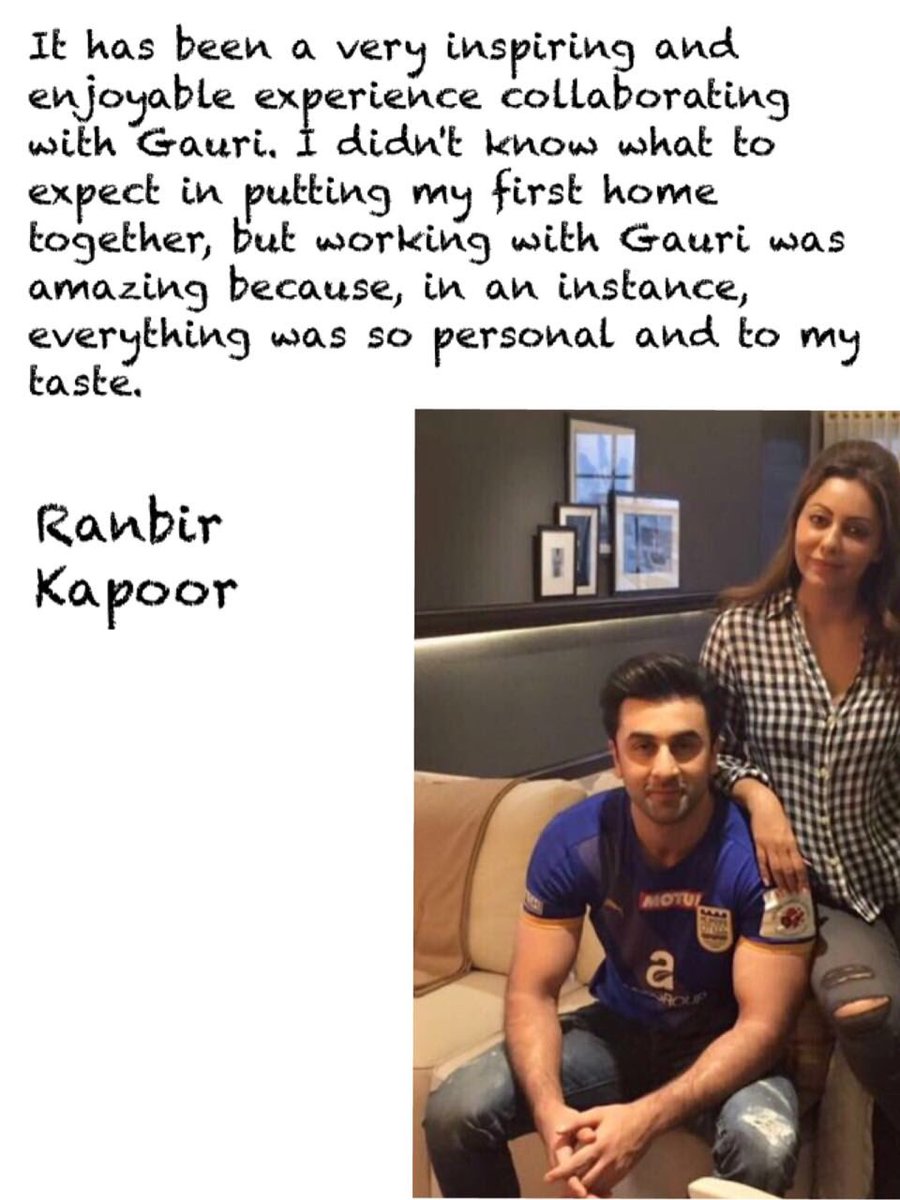 Last year in December, Ranbir moved to his house, Vastu, in the upscale Pali Hills. Even his father Rishi Kapoor appreciated Gauri’s interiors and said, “Vastu, Wonderful! Gauri Khan! You have made a home out of Ranbir’s house. Beautifully done! Both Neetu and me are overwhelmed. Thank you.”

“Vastu” Wonderful! Gauri Khan! You have made a home out of Ranbir’s house. Beautifully done! Both Neetu and me are overwhelmed. Thank you!

While speaking to Karan Johar, Ranbir appreciated Gauri’s aesthetic sense. He even said that Gauri is the guru of style and called her aesthetically driven. Ranbir shifted to an apartment with then girlfriend Katrina Kaif, however after the break up he moved back to his family home.

The flick is slated to release in December, this year.

Check out the glimpse of Ranbir’s house